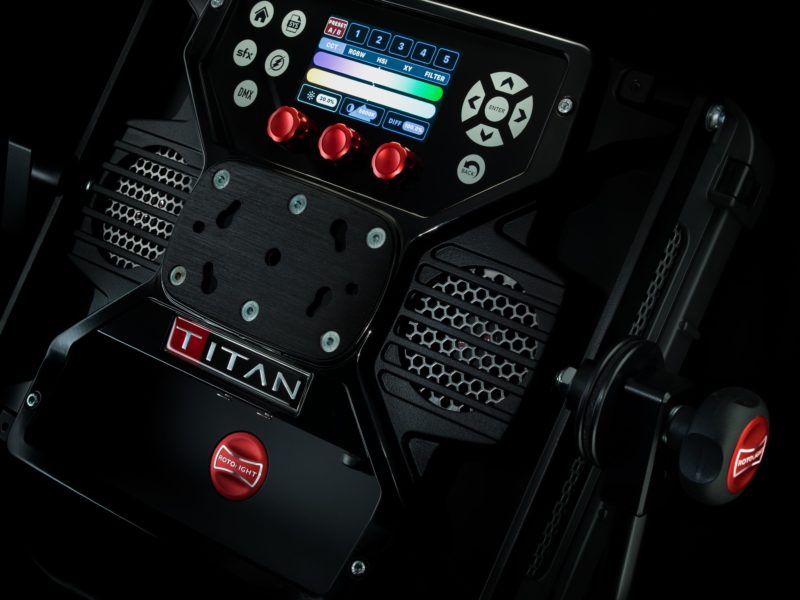 It is a bit like the Rotolight Titan X2, but smaller. Key features include electronically-adjustable ‘SmartSoft’ diffusion and beam angle control, as well as RGBWW colour selection, built-in wireless connectivity and a high-speed sync flash mode for stills photography.

Drawing 230 watts, the X1 is powered via 24V DC input, so it supports V-lock batteries (with the aid of a two-way adapter letting you run it at 100% power) or you can run it from a mains adapter.

The available range of colour temperatures are 3000 to 10,000K, and there is a choice of 16.7 million RGB colours, including presets to replicate common lighting gels. Continuous special effects modes include fire, lightning, TV screen and paparazzi modes.

The Titan X1 supports Bluetooth remote control and wireless DMX, as well as having a touchscreen control panel on the panel itself. Flash synchronisation is providedâ€”as with other Rotolight LEDsâ€”via the Elinchrom Skyport system.

Slated to start shipping later this month, the Rotolight Titan X1 has an introductory price of $2999 / Â£2399 / â‚¬2649 (excluding VAT) until the end of the year. After that they will increase the price by $1000. Pre-order now at Rotolight.com or from B&H Photo.