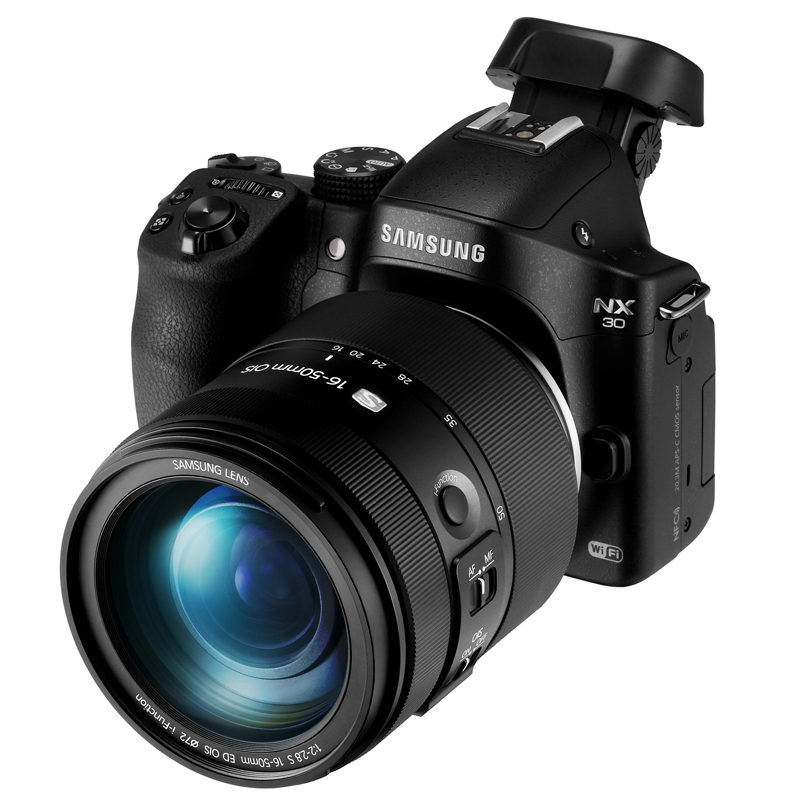 The NX30 is Samsung’s new flagship digital camera, a mirrorless, WiFi-enabled interchangeable-lens snapper with a flippy screen and tilty electronic viewfinder. The new EVF (higher res than the preceding NX20) differentiates it from the NX300 that Usain Bolt apparently liked so much. But that’s not the only distinction: the NX30 has a built-in pop-up flash, in contrast to the clip-on unit espoused by the latter. 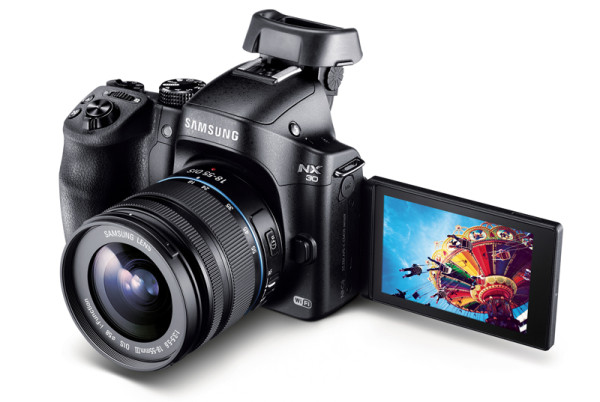 The pop-up flash has a guide number of 11, which means it won’t be filling stadiums on its own, but could make for a handy fill light. More interestingly, it works as a wireless infrared transmitter for the new SEF-580A TTL flash gun, suddenly putting Samsung’s lighting system on par with the likes of Nikon and Canon DSLRs. The Olympus OM-D cameras also have these commander flash capabilities, but their flashes are separate clip-on units you risk leaving at home.

We haven’t been supplied with any pictures of it yet, but from the specs the Samsung SEF-580A looks to be the de facto professional-level flash for NX Smart Cameras. Along with a high guide number of 58, it offers high-speed sync, wireless A-TTL (4 channels, 3 groups), autofocus-assist and full manual control down to 1/256.

It also has what the manufacturer calls a “Graphic LCD”, which might mean a fancy colour screen as found on the Nissin Di866 Mark II. The head tilts and swivels, the zoom goes from 24â€“105mm and the recycle time is 5.0 seconds with Ni-MH batteries. There is no mention of support for external power sources. Nor is there any built-in radio, but that might be asking a bit much.

Prices haven’t been announced, nor pics of the SEF-580A revealed. Samsung will doubtless unveil all its new imaging products at its CES press conference on Monday 6th January. In the meantime, visit the NX30 product page for technical specs.