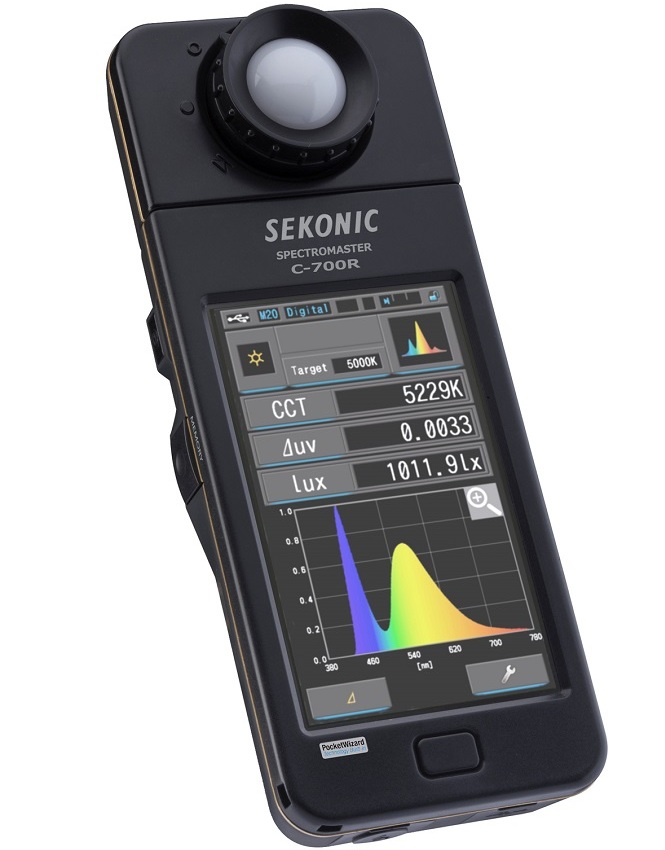 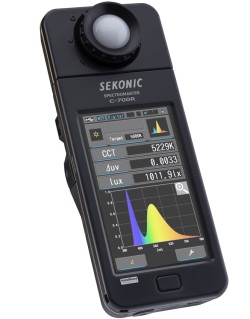 Sekonic has released two new spectrometers, the Spectromaster C-700 and C-700R, designed to meter all kinds of light, flash and continuous. The devices â€” the latter of which has a built-in PocketWizard radio triggering module â€” each feature a full-colour touchscreen display and all kinds of configurations for different applications.

According to Sekonic, the Spectromaster C-700/R will measure colour temperatures from 1,600 to 40,000 Kelvin, wavelengths from 380 to 780 nanometres and illumination from 1 to 200,000 lux (in ambient light; 20 to 20,480 lx/s in flash). The incident light sensor swivels 270 degrees, and can be configured to compensate for Rosco or Lee colour filters as well as Fuji, Lee and Kodak Wratten camera filters. The PocketWizard transmitter has a range of about 30 metres.

Distributed in the UK by JP Distribution, the new Sekonic spectrometers will retail at Â£1300 for the Spectromaster C-700, or Â£1400 for the radio-enabled C-700R. That might sound like a lot, but it probably isn’t really aimed at hobbyists; people who need a high-quality spectrometerÂ  presumably know who they are.