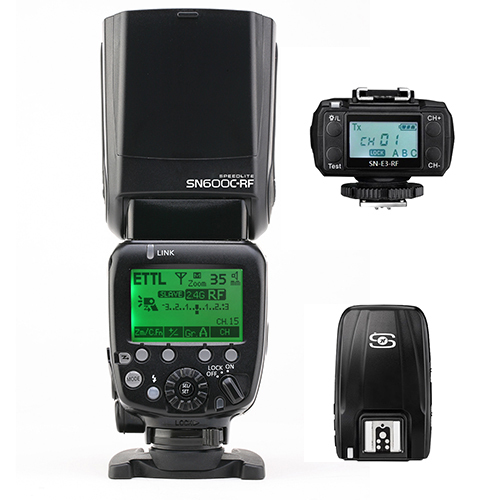 Shanny, the flashgun maker, has launched its own radio system. The new Shanny SN-E3-RF, SN600EX-RF and SN600C-RF are triggers and flashguns that communicate using a 2.4GHz proprietary Shanny protocol.

The Shenzhen-based manufacturer has helpfully named all its products with almost exactly the same model name.Â The SN600EX-RF is the flagship flash in the Shanny wireless system â€” able to act as both radio master and slave â€” while the SN600C-RF is the same flash but slightly cheaper andÂ can act as slave only. The SN-E3-RF is the transceiver, which can act as a low-profile trigger or let you add non-RF flashes to the system. If it has the suffix “RF” then it works with Shanny’s own system, whereasÂ “RT” flashes work with the Canon RT Speedlites.

Here is a cheat sheet:

The Shanny RF seriesÂ is the company’s answer to rival flash ecosystems including the Phottix Odin/Mitros, Yongnuo YN560IV andÂ Canon 600EX-RT. You can control the entire system using either a SN600EX-RF or SN-E3-RF on your camera, depending on whether you also want on-camera flash or not. It can control groups and power levels (in manual or E-TTL mode) of flashes up to 200 metres away from the camera position. 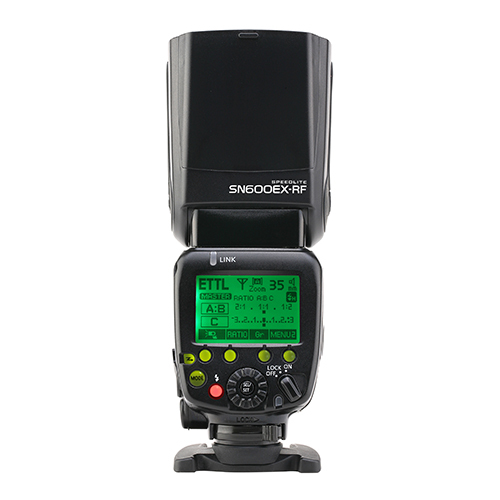 Up to 15 channels and 3 groups are supported. All flashes have high-speed sync, second curtain sync, manual and E-TTL power control â€” basically everything you’d want from a flagship flash, except advanced optical wireless. The SN-E3-RF has an LCD control panel on the back and a hotshoe on top. It can switch between transmitter (Tx) and receiver (Rx) mode at the push of a button, depending on whether it is on top of your camera or under a flash, respectively.

For now, there are only Canon E-TTL variants available and it is not clear if Nikon i-TTL models will follow in the future.