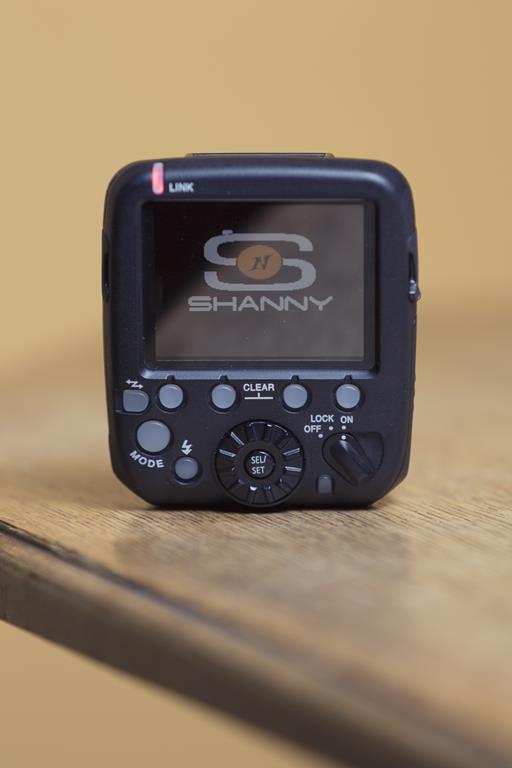 It might be fair to say that infrared flash transmission never really took off amongst professionals, who were looking for a reliable means of communication between camera and flashgun. The limited range, unreliability in sunlight and the restriction of line-of-sight communication meant that often, fully manual radio transmission was being favoured over any infrared option, such as the ST-E2.

Canonâ€™s introduction of the ST-E3-RT, however, changed all this, allowing increased versatility through TTL radio transmission and a direct connection with the 600EX-RT, without the need for additional triggers. The product was without doubt, a huge success, and as a result, other companies followed suit. The Yongnuo YN-E3-RT was reviewed on LightingRumours last year, and now itâ€™s Shannyâ€™s turn, with their new SN-E3-RT.

So what do they offer?

So, admittedly, thereâ€™s nothing revolutionary about Shannyâ€™s new product. And thatâ€™s fine. The main attraction is the price; Â£70 ($110) compared to Canonâ€™s ST-E3-RT, which is difficult to get a hold of in the UK without spending the best part of Â£250. 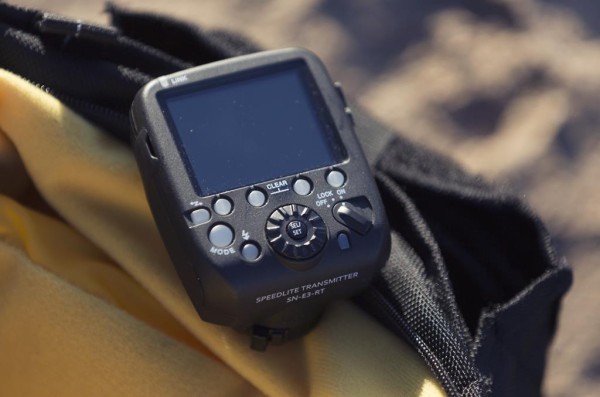 The Shannyâ€™s build closely resembles that of the Canon and Yongnuo alternatives. It weighs about 10 grams more than the Canon, at about 157 grams, including batteries. 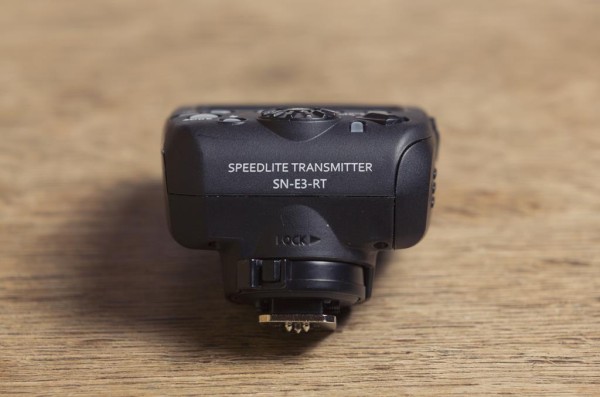 The unit is of solid build with a reassuring rigidity, which is comforting, especially if like me, you tend to throw equipment around a bit. The buttons are firm and harder to press accidentally, when the unit is mounted on top of a camera. Weather sealing is also present on the SN-E3-RT, with rubberised covers on the two communication ports, on the door of the battery chamber and around the hotshoe. 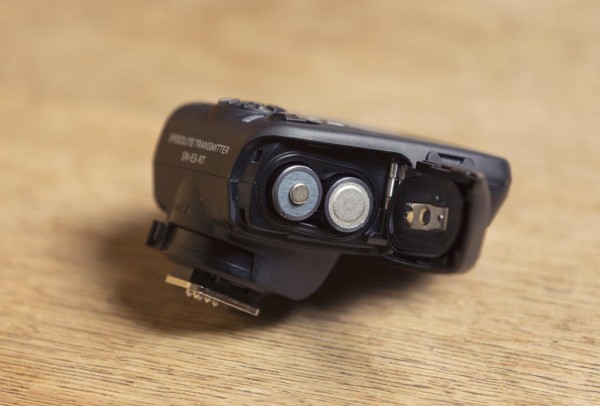 The SN-E3-RTâ€™s most prominent feature is, without doubt, its colour screen. Both Canonâ€™s and Yongnuoâ€™s radio transmitters feature a non-colour dot-matrix screen, as found on the 600EX-RT, but Shannyâ€™s introduction of their new TFT LCD screen allows for easier reading of flash settings, and can be customsied for use in bright sunlight as well as in dark studios. 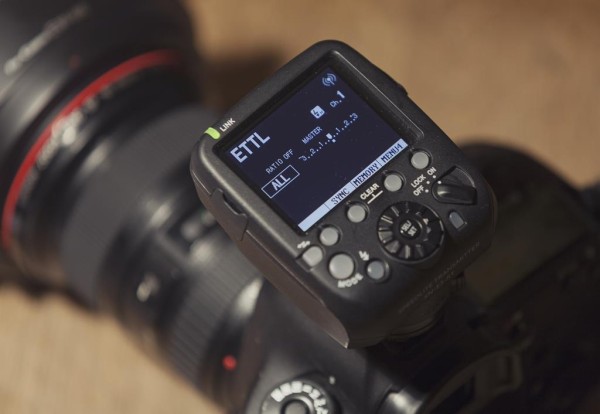 The screen can be set to display menus and settings in a number of colours through the C. Fn button. Text can be displayed in white, blue or green, whilst the background colour can be set to black, grey and yellow. Custom functions also extend to screen backlight brightness, which can be changed in 20% increments from 20% all the way to 100% brightness. 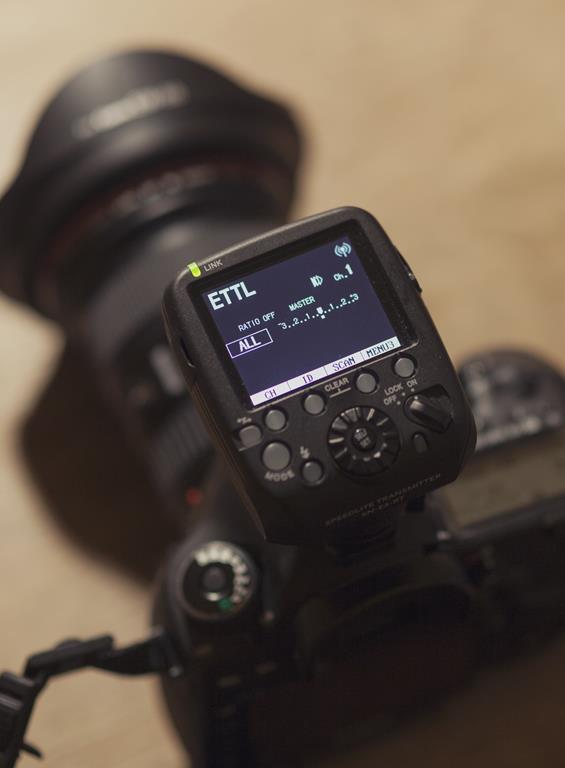 Not only is the screen customisable, but its layout has also been improved, in comparison to the Canon and Yongnuo equivalents. When in Gr mode, we have the option to view all five groups at the same time, whilst previously, one would find themselves battling with the scroll wheel in order to view groups D and E. 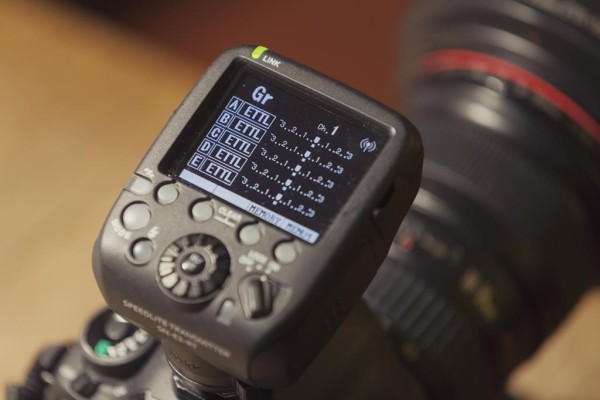 While weâ€™re still on the topic of the Group menu, Iâ€™m afraid Iâ€™m going to have to voice a niggle or two, which come as a result of using the YN-E3-RT. Despite the fact their product doesnâ€™t display all five groups simultaneously, Yongnuo seem to have the upper hand when it comes to the Group menu layout. When the Group menu is displayed, the Yongnuo uses three of the four menu buttons below the display to speed up mode changes.

The button farthest to the left is used as an on/off button when a group is selected, and second from the left to change modes (ETTL/M/Ext. A). Pressing on the button situated second from the right changes flash compensation settings.

Shannyâ€™s attempt at incorporating these features uses fewer buttons, but is more of a fiddle than anything else, and turning on or off a particular group requires the user to cycle through the menu using the â€˜Modeâ€™ button, which could be frustrating when time is short. 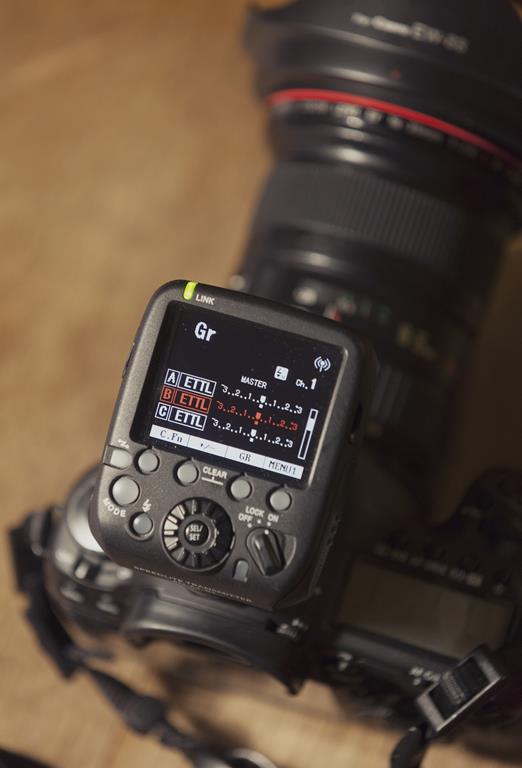 An added drawback to the Shanny is the inability to communicate in Gr mode, with cameras produced before 2012, which throws my 5D MK II out of the equation. One can appreciate that some manufacturers may possess a forward-thinking mindset when designing their new inventions, but it is unfortunate that Shanny havenâ€™t made their product fully compatible with cameras owned by the dinosaurs among us – myself included. This limitation also extends to the EOS 7D.

One improvement the SN-E3-RT has over its Canon equivalent is the presence of an AF assist light. Why Canon ever omitted this important feature on their product, especially when it was present on the ST-E2, is a mystery. It is, however, important to note that the Shannyâ€™s AF assist light could do with a bit of improvement. Although at close range, the Shannyâ€™s AF assist operates with ease, give it any more than five metres to play with and your lens will be searching around like a lost puppy. Indeed, when compared to the YN-E3-RT, Yongnuoâ€™s superiority in this respect, is clear to see. 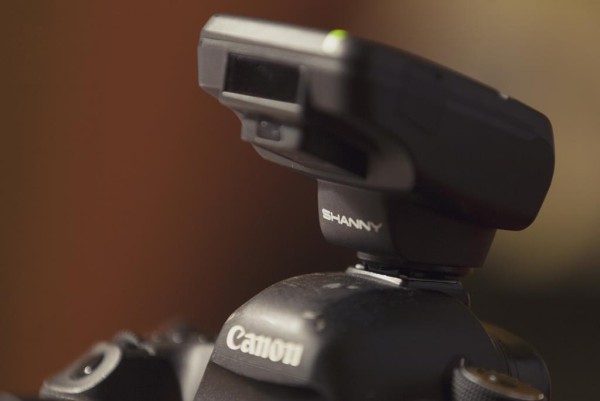 Just above the AF Assist lamp is the unitâ€™s IR transmitter. As mentioned before, the need for infrared capability is becoming less and less prevalent and infrared communication will probably become obsolete at some point in the future. For now however, it continues to be used by a large proportion of photographers, especially by those specialising in indoor or studio work.

It is for this reason that I find it hard to understand why no manufacturers so far, have thought it might be useful to allow for simultaneous radio and infrared transmission. On the other hand, perhaps there is no better way to ensure customers purchase their newest products, rather than maximising compatibility for older IR-only flash models, such as the 580EXII. Indeed, we are likely to see Shanny themselves, introduce a number of new flashguns in the coming months.

Canonâ€™s in-camera flashgun control menu has caused more of an annoyance to me, personally, than any other function available on my Canon cameras. After testing a number of types of ETTL flash triggers, I am still to find a product that offers both reliability and ease of use – until now.

In tests, the SN-E3-RT performed remarkably well when paired with the 600EX-RT, with consistent results from both the EOS 5D MK II and MK III. Obviously, Gr mode is not available if the Shanny is used with the MK II, but despite this, ETTL, M and Multi modes still operate without fail. No misfirings to blind your subject, no infuriating menu resets and no strange changes to Multi mode, to make your flash setup resemble New Year at the Sydney Harbour Bridge.

There are two physical ports on the SN-E3-RT. One is a USB firmware update port â€“ an improvement on the Canon trigger, which doesnâ€™t have one â€“ and the other, is a sync port, for use when using the Linked Shot feature.

In short, Linked Shot enables the user to trigger a remote camera, through pressing the shutter button on a master camera, or by pressing the â€˜RELâ€™ button, which appears on the 600-EX-RT when Linked Shot mode is in use.

Linked shot works best with cameras produced after 2012, and anyone wishing to use an older camera will have to use a 2.5mm to N3 sync cord to connect directly from the trigger to the camera. The Canon SR-N3 can be bought from Bristol Cameras for Â£44 including shipping, but cheaper, third-party options, can be found on eBay. 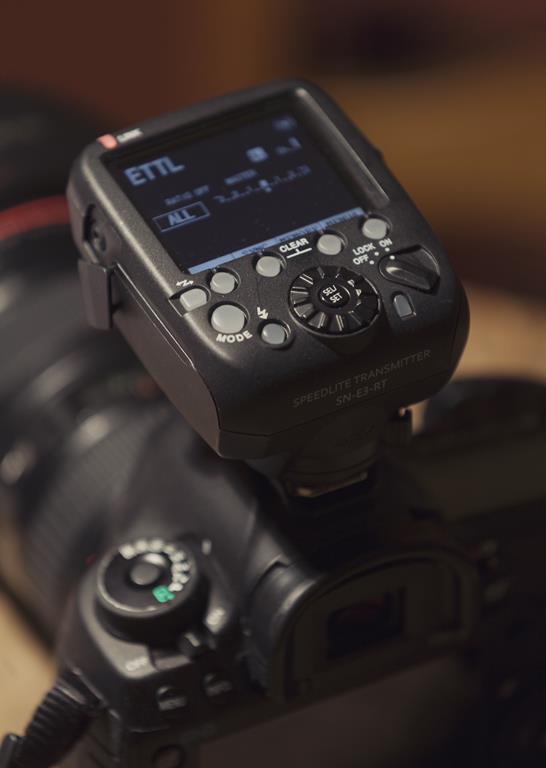 The Shannyâ€™s Linked Shot feature is flawless, and easy to set up for communication between itself and the Canon 600-EX-RT. Just as a test, I also set up the Yongnuo YN-E3-RT as a master trigger, mounted on the 5D MKII, and the Shanny, as a slave on the 5D MK III. Again, this setup worked without any problems.

Another feature, common to both the Canon and Shanny products is the â€˜Channel Scanâ€™ option, which when enabled, displays the best of 15 channels available, to ensure interference is kept to a minimum. 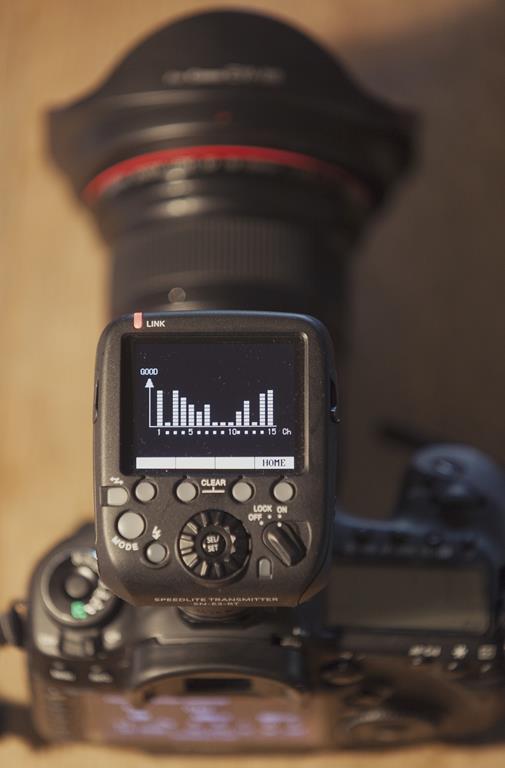 In summary, the Shanny is an affordable, reliable and robust device, suitable for use by a wide range of photographers who are seeking full ETTL capability at a fraction of the price being offered by the Canon alternative. The SN-E3-RTâ€™s colour LCD screen is by far its most significant feature, and although some improvements could be made to the effectiveness of the AF assist light, we are assured by Shanny that any firmware issues that arise will be resolved through future updates. This is yet another impressive release from the fledgling company, and it is encouraging to hear that we are promised further additions to the Shanny line throughout 2015.