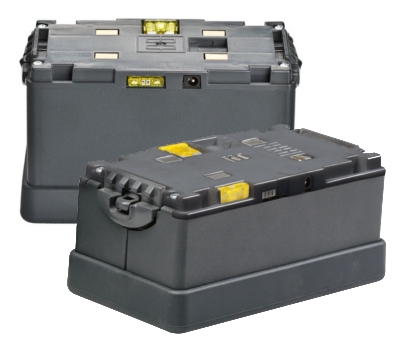 This summer, Elinchrom will bring out a lithium battery pack for their Ranger Quadra RX location lighting system. Compared to the older lead-gel battery, the new one will be a kilogram lighter and 30% smaller but with double the capacity. It will weigh just 730 grams and be compatible with all Quadra packs.

Two prototype units were on show atÂ The Flash Centre‘s stand at Focus On Imaging, with the option to add your name to the waiting list. A retail price hasn’t yet been announced but release is set for June 2012.

They are much lighter than the Lead-gel and give better performance but will be Â considerably more expensive than the Lead-gel batteries because lithium isÂ both dangerous and toxic so they require very comprehensive software managed circuits, both in the battery box and in the charger.

Because of the lithium-ion pack’s higher price and potential difficulties at airports and seaports, the existing lead-gel system will not be discontinued, for the benefit of “those who wish to save money and potential hassle”.