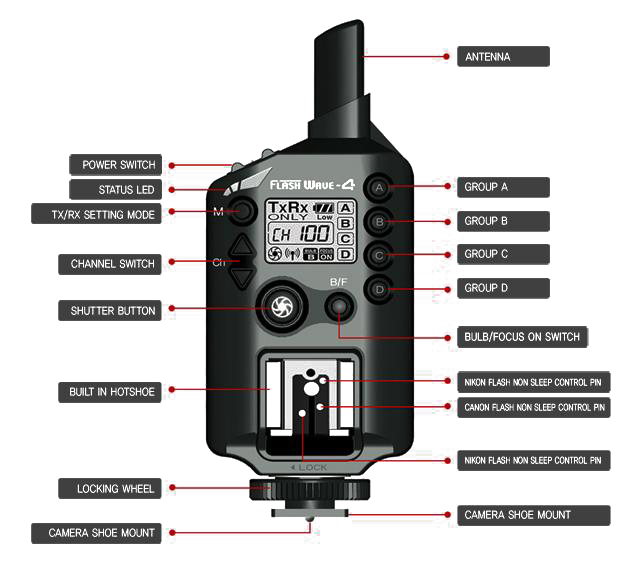 SM Development (SMDV), the Korean lighting equipment manufacturer, has unveiled a new wireless radio trigger, the FlashWave 4. Replacing the FlashWave III, the 2.4GHz remote will be able to control cameras and flashes over long distances.

It is the first product in the FlashWave line can both transmit and receive signals from the same device, rather than having separate transmitter and receiver units. Combinable wireless flash groups â€” Ã Â la Pixel and Phottix triggers â€” are also being introduced for the first time. Other features are inherited from earlier models, such as the built-in hotshoe connector, Prontor-Compur (PC) port and AA batteries.Â The FlashWave 4 has some handy abilities as a remote shutter release, like pre-focusing the camera, or enabling bulb mode for long exposures. The A/B/C/D grouping will come in useful for studio photographers switching between different flash set-ups. 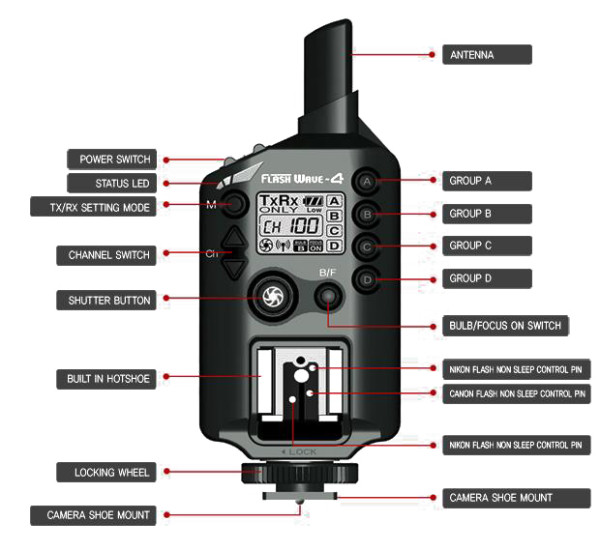 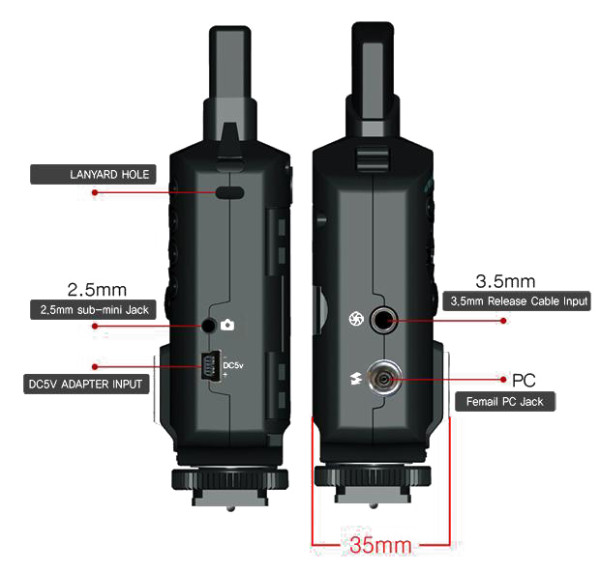 The FlashWave 4 takes a couple of design cues fromÂ its predecessorÂ but also rather like the Koreans took a PocketWizard Plus III transceiver and then crammed some extra features into it. Certainly the liquid crystal display (LCD) is strikingly similar. Have a look and decide for yourself: 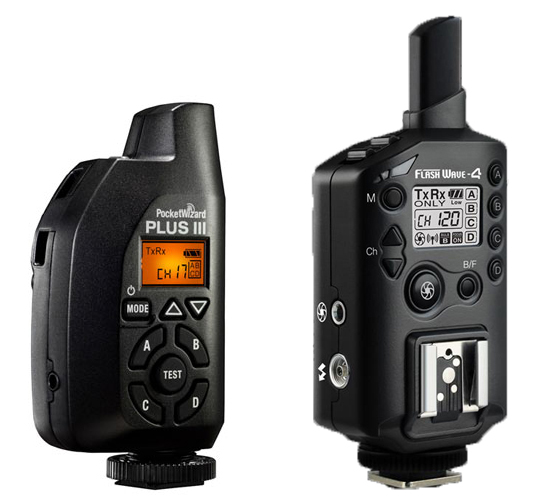 The sincerest form of flattery? Here is a quick run-down of the specs we know so far.

Â * optional accessories available for this

SMDV’s previous offering, the FlashWave III, didn’t exactly wow us, thanks to its high price and comparatively sparse feature set. The FlashWave 4 could redeem the firm by offering a list of specs that competes with the likes of the Aputure Trigmaster Plus II and PocketWizard Plus III. But then those two companies have built up ecosystems of different cross-compatible radios and SMDV hasn’t. So the FlashWave 4’s chances of success might come down to price, rather than being the Plus III’s non-identical twin. What do you think?