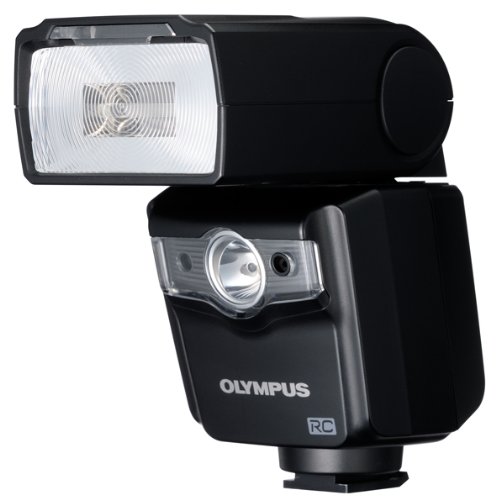 While the majority of people (including us) focus on what Canon and Nikon are doing, the other camera brands are busy working on the sidelines, bringing out nifty new stuff. Olympus have released the FL-600R, a speedlight designed specifically for Micro Four Thirds. It has TTL, commander mode and a built-in LED lamp. It was originally announced alongside the OM-D EM-5 mirrorless camera.

Manufacturers seem keen to find a way to reconcile speedlights and LED lights “for video”, as if some photographers would be taken so much by surprise by a video opportunity that they wouldn’t have time to put a proper LED lamp on their camera. On the other hand, having a modelling lamp that doesn’t drain the batteries as quickly as “modelling flashes” can be a good thing.

This is the first flash from Olympus to have a built-in LED lamp. Other examples of this format are the Canon 320EX and Polaroid Dua Flash, as well as the Dot Line hybrid LED panel. The FL-600R’s LED, which consumes one Watt of power, also works as the speedlight’s autofocus-assist illuminator. It has a very narrow beam of only 30Â°. 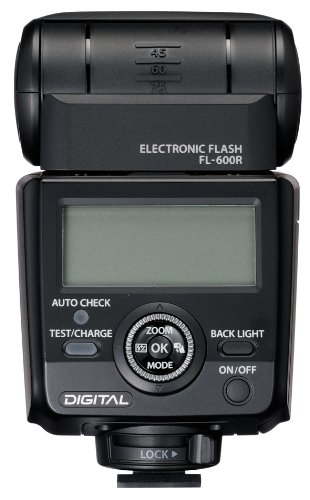 The FL-600R can act as a slave as can the FL-36R, FL-50R or the tiny FL-300R. Pro tip: look for the “R” in the name. If you need more range or flash power from your on-camera unit then the first three will act as commanders too. At the time of writing we don’t know of any radio-based TTL systems for Olympus.

Though putting a huge flash unit on top of a mirrorless camera can be unwieldy, the FL-600R is smaller than you might think. The Mecablitz 50 AF-1, which otherwise has similar features, dwarfs the FL-600R in sheer size.