The shanzhai manufacturers are at it again. This time, a Chinese manufacturer has created a pair of flashguns that are faithful replicas of Nikon and Canon’s previous generation of flagship speedlights. The MK580 and MK900, both products of Hong Kong MeiKe Digital Technology Company, are shameless copies of the Canon Speedlite 580EX II and Nikon SB-900 Speedlight, respectively. 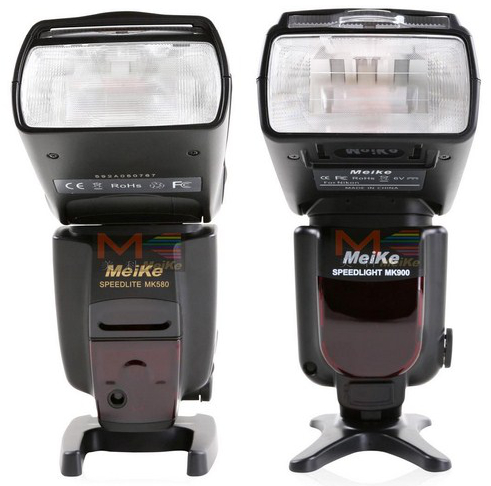 MeiKe have to be commended for their attention to detail, if not to intellectual property. As we will see, the MK-series flashes appear to imitate Nikon and Canon’s authentic designs almost perfectly all the way down to screen size, buttons and control layout. They don’t stop there, though. Even the functions inside match quite closely. Some of the seller listings show the LCD menus that have also been replicated. It’s not entirely clear to whom these devices are meant to be marketed, but they don’t seem to have skimped on the apparent feature set. 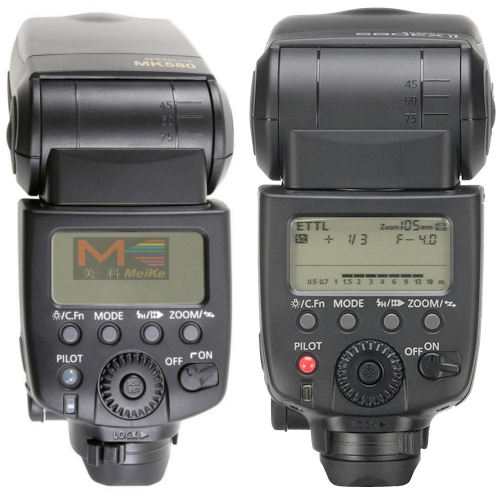 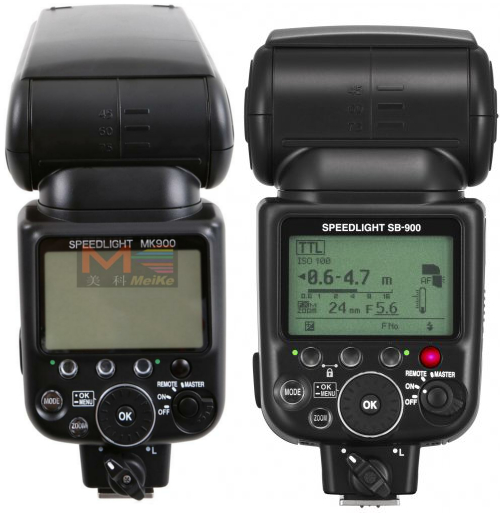 The most significant difference is a lack of high speed sync (HSS/FP Sync) capability in the clone products. There are other things we can’t really tell from technical specifications alone, such as build quality, output consistency and whether the brightness/GN has been exaggerated.

You can already find these copycat speedlights on eBay, both priced around US$180.Â The real Canon 580EX II and Nikon SB-900, meanwhile, have both been discontinued to make way for their respective successors, theÂ 600EXÂ andÂ SB-910.

The factories of Shenzhen are already notorious for churning out clones of tablet computers and smartphones, with the practice well-documented on shanzai.com. In the photographic industry, though “knock-off” battery packs, grips and shutter releases are commonplace, more complex products such as flashguns and studio lights tend only to have a vague resemblance. What’s next? A counterfeit Nikon D4?