After recently buying aÂ Mettle DR-seriesÂ monolightÂ (under the US-market Promaster brand name) I discovered it has a poorly-documented but very useful feature: an “FP” mode that can work with a camera’s high-speed sync (HSS) system to sync at any shutter speed.

HSS allows shutter speeds above the normal X-sync limit, but generally works only with dedicated on-camera flash units. Because it stretches the flash’s duration at the expense of power, it also usually is limited to short ranges. By acting as a more powerful “booster stage” for HSS, the DR’s FP mode gives the photographer more options and more flexibility.

Promaster doesn’t exactly trumpet this feature, though. The DR’s instruction manual devotes only one line to the FP mode, and gives no clue how to engage it. If you select FP mode and fire the unit with a sync cord, it simply gives a normal full-power flash. It took a tip from Promaster’s online “Flash Expert” to let me in on the secret.

To make the FP feature work, you need a camera and an on-camera flash that offer HSS capability. You use the camera flash to trigger the DR via its built-in optical slave sensor. The DR locks on to the camera flash’s HSS pulse and fires in step with it — syncing the DR’s light at any shutter speed that the camera’s HSS supports.Â In testing with an Olympus E-M 5 and a Canon 5D Mk II and their companion HSS-compatible flash units, I was able to sync the DR all the way up to the cameras’ top shutter speeds: 1/4000 for the Olympus and 1/8000 for the Canon. 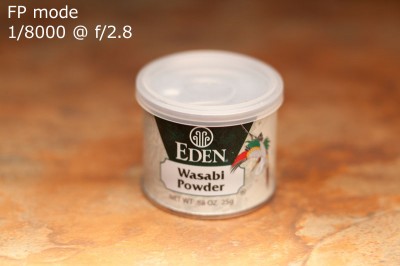 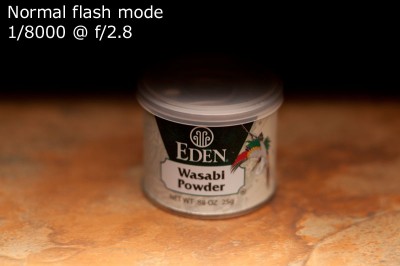 This flexibility lets the photographer vary shutter speed and aperture over a wider range, for better control of Â depth of field or to balance ambient light. It seems fairly efficient, too: a quick measurement with a flash meter showed that FP mode loses only about 0.2 EV of total output compared to normal full-power mode. Of course, the effective power drops at faster shutter speeds, because the shutter is capturing less of the pulse’s total energy — but the gain in flexibility often is a worthwhile trade-off.

Aside from the FP capability, the DR series has a limited but solid feature set that includes IGBT control; a programmable stroboscopic mode; and a three-way optical slave that can be set to fire on the first trigger flash, or to ignore either one or two pre-flashes. There’s also a built-in receiver for an optional 2.4GHz radio trigger, although Promaster told me the triggers have not yet begun to ship.

In the US, Promaster dealers offer the DR monolights in 200-joule (D200R) and 400-joule (D400R) models; these plus a 300-joule versionÂ also are available in EuropeÂ under various brand names.Â The Promaster D400R is available from Amazon for US$299.