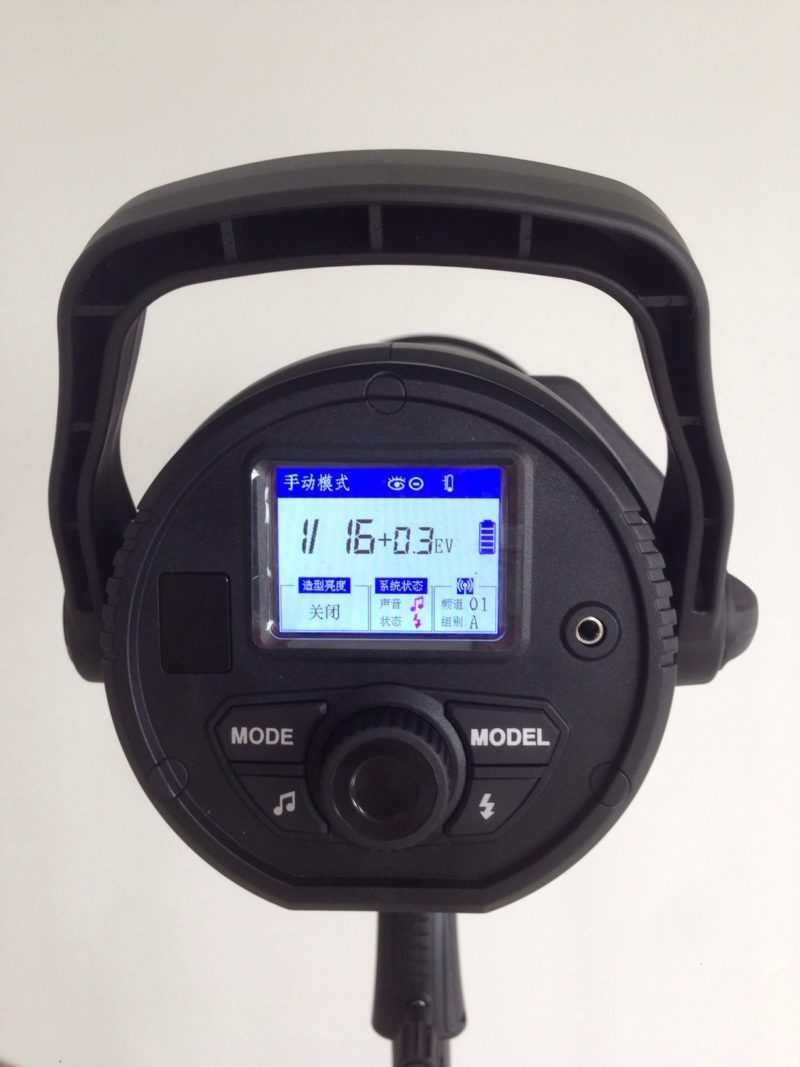 Triopo, the Chinese tripod and flash manufacturer, has unveiled a battery-powered studio flash with wireless TTL control. Described as the “world’s first” Triopo flash with lithium battery for indoor and outdoor use, the Oubao F3-500 is a 500Ws monolight with a removable Li-ion battery pack. 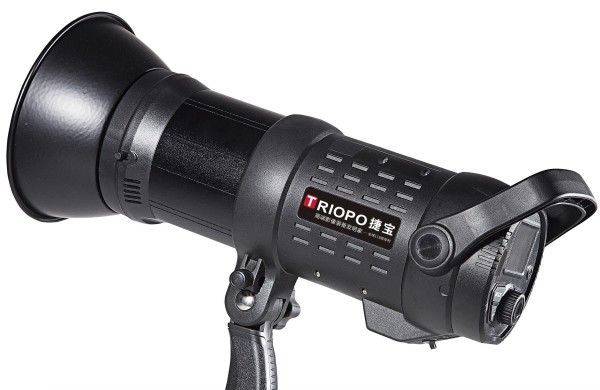 It seems to be designed primarily for location shooters, with a foldable handle at the back and a multi-use handle mount, umbrella adapterÂ and light stand mount on the base. There is an accessory mount on the front for softboxes and reflectors, but it is not yet clear if this will be a Bowens S-fit or some other standard.

For low-light and studio work, a 20W LED modelling lamp will help preview lighting effects and assist focussingÂ without draining the F3’s LE-29Â battery too quickly. The suggestion of “multiple” power supplies in the specs implies the F3-500 will also work from mains adapters or alternative power supplies. 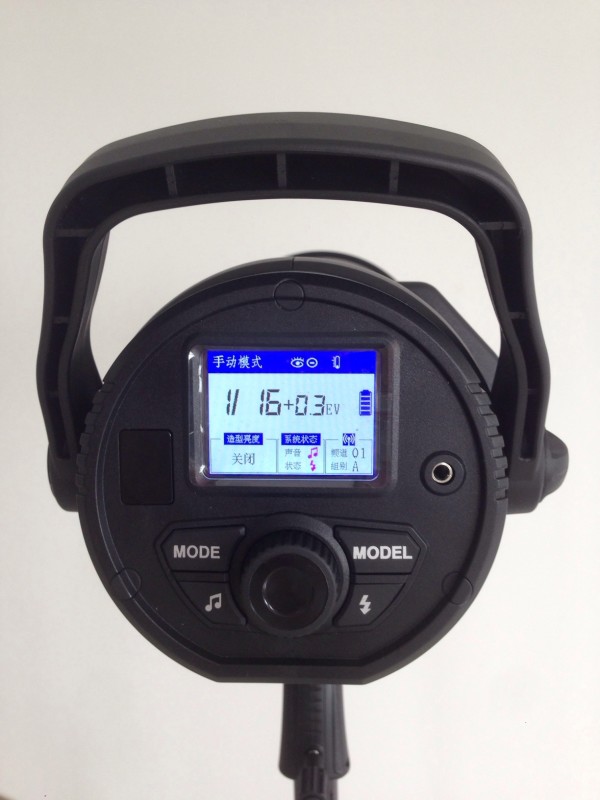 A 2.4GHz radio is built in, allowing a photographer to trigger the flash andÂ control power levels and other settings from a dedicated camera-top controller. Different models of Triopo’s 2.4GHz trigger will support TTL, rear-curtain sync and high-speed sync for Canon and for Nikon.

The F3Â also hasÂ an optical slave compatible with Nikon and Canon’s advanced wireless systems, or available to use as a simple slaveÂ sensor in manual mode. Thus if you want to add this to an existing kit of TTL speedlights, you can do so before the various proprietary Triopo triggers and widgets become available. 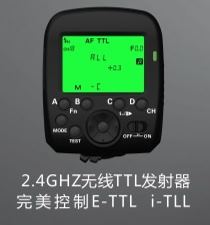 For more direct control, a backlit LCD and settings panel are on the rear of the flash itself. The firmware can be upgraded via a USB port.

Triopo’s sister company, Oubao, has been making long cylindrical studio lights for the Chinese market for many years now from their base in Yueqing, Zheijang, eastern China. The F3-500 appears to be the first studio-sized flash to come under the Triopo branding, and the first with TTL or a battery built into the head. The battery mounting on the right-hand side is the most obvious “inspiration” drawn from Profoto here, while the other key features pre-dated the B1 in Chinese lights such as the CononMark K4T and Nicefoto N-Flash.

However, Triopo themselves are keen to compare this product to something from Profoto, as these photos sent to me from the Triopo factory demonstrate. 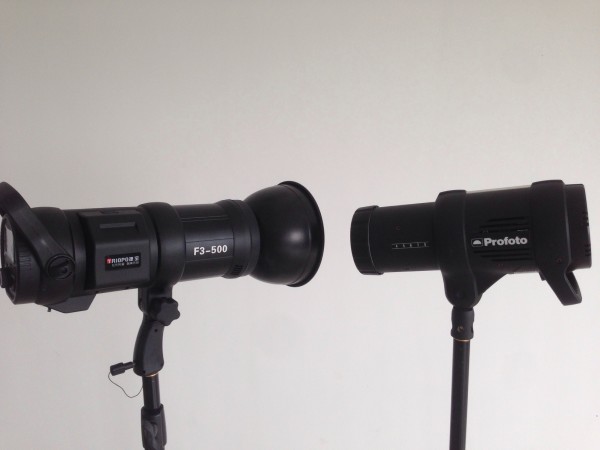 The F3-500 is shown alongside a Profoto D1, the mains-powered flash on which much of the B1 battery flash’s form factor is based. 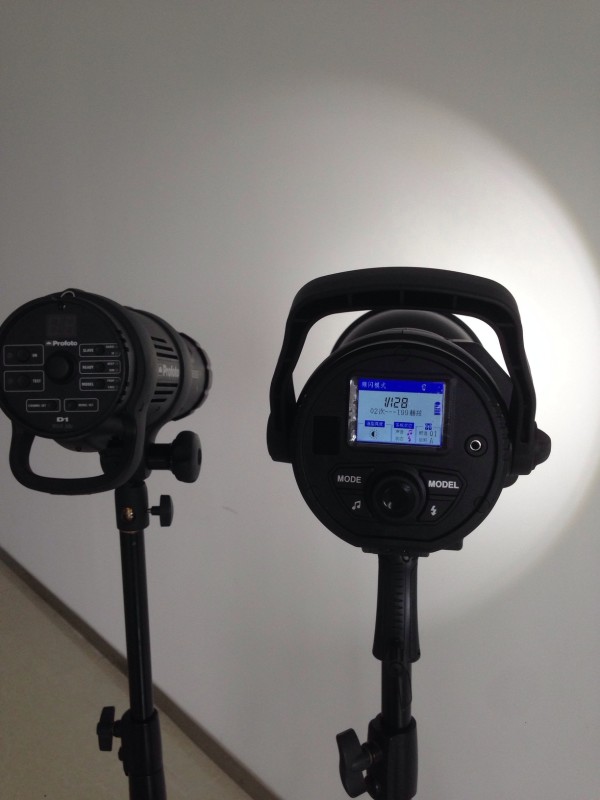 Pricing and availability have yet to be announced. For more information, visit triopo.cn.