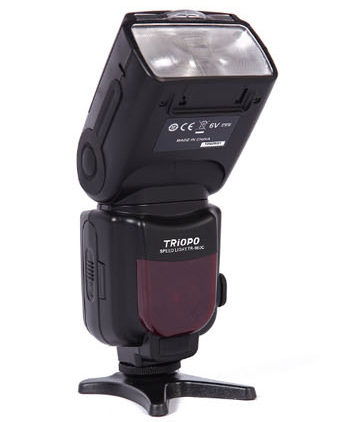 Triopo has released the TR-981N and TR-981C for Nikon and Canon, a pair of hotshoe flashguns with high speed synchronisation up to 1/8000 second. The units have i-TTL or E-TTL control, manual adjustment and built-in optical slave cells.

For a while, the Chinese aftermarket companies have been able to match most of the key features of camera flashguns sold by big camera makers like Canon and Nikon. Until recently though, none of them were able to replicate high speed sync (HSS or FP Sync), the fast pulsing technique that allows a flash to work with cameras above their native “X-Sync” shutter speed. Like buses, several have come at once including the Yongnuo YN-568EX and YN-500EX and as-yet-unreleased Phottix Mitros.

As with their other new device, the TR-960II, Triopo seem keen to try to steal some of Yongnuo’s market share. “Hot New!” one seller proclaims in a TR-981 listing, “As YN568EX but cheaper price. What are [you] waiting for?”

Actually, the Yongnuo YN-568EX can do some things that the Triopo TR-981 can’t, like receive proprietary Nikon AWL and Canon Wireless optical signals. But if you use radio triggers, why pay extra for these infrared wireless capabilities you won’t use? 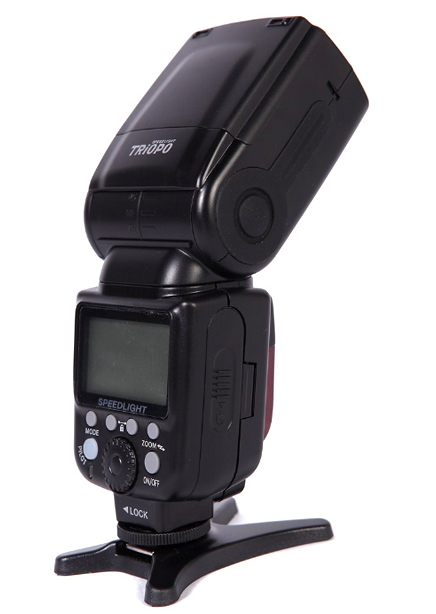 The TR-981 is adjusted by way of a big LCD control panel on the back. It also has a PC sync port and a high voltage external power socket. According the manufacturer, the recycle time at full power is 2.9 seconds on new AAs, or 4â€“5 seconds with older batteries.

Find out more about Triopo products at triopo.cn.