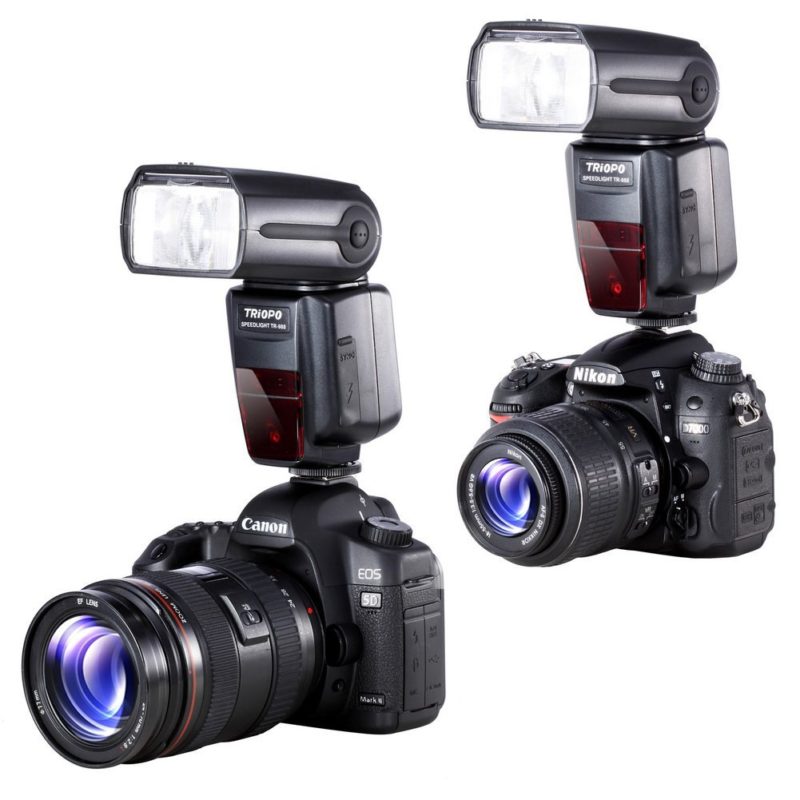 A new flash from Triopo has hotshoe pins for Nikon i-TTL and Canon E-TTL both at the same time.

The Triopo TR-988 turns the concept of a ‘dedicated’ flash unit on its head. By somehow cramming the electrical contacts for both i-TTL and E-TTL onto the same hotshoe foot, the flash promises to work interchangeably with Nikon and Canon cameras. This could come in handy if you own both brands or want to share lights with somebody using a different system. 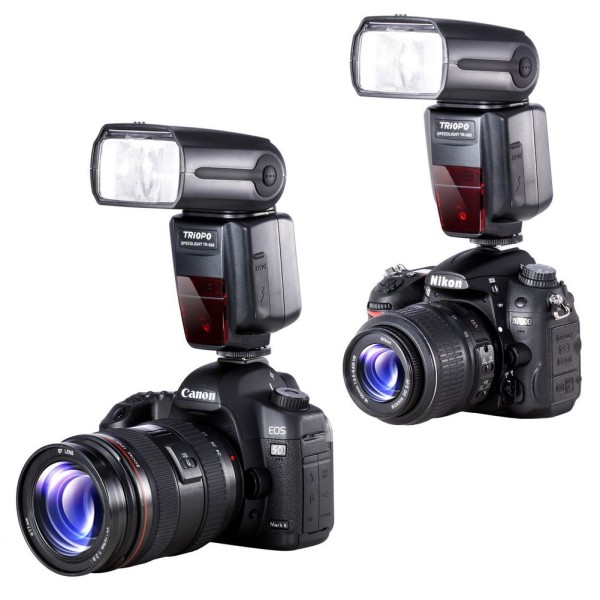 Until now every flash I have ever seen chose to match the standard of just one brand’s flash protocol at a time (or in the case of manual single-pin flashes, none at all). Even Metz’s Mecablitz SCA system has separate adapters for each brand.Â This seems to be common sense: assuming no collusion between manufacturers, the pin layout for different brands are surely bound to overlap and interfere with each other. But Triopo have apparently designed around this problem. 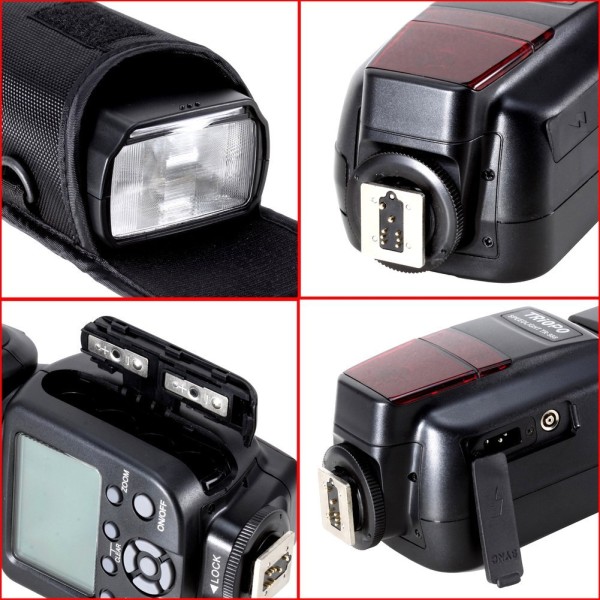 The TR-988 has on-camera TTL and advanced wireless slave mode for both systems. There is also universal manual power control,Â and more basic “S1” and “S2” optical slave functions. (That said, even if functions are fine on Nikon and Canon, if you try to use one of these on, say, a Sony or Micro Four Thirds hotshoe, you are surelyÂ asking for trouble.) 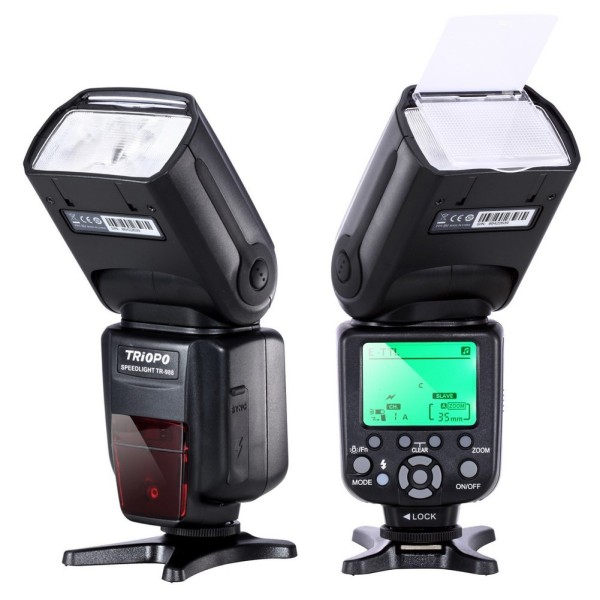 Priced around Â£54 (US$77), the Triopo TR-988 has just about every feature you could need in a TTL flash, except master/commander mode or some form of built-in radio. The recycle time does not seem to be specified, but support for external power packs means you can speed it up. For the money, this looks like a pretty nifty flashgun, though the dual-system hotshoe could potentially be unreliable. Early reviews on Amazon seemÂ mostly positive, however. Follow the links below for more information.

What do you think about a dual-system flash? Would you buy one? Share your thoughts in the comments below.