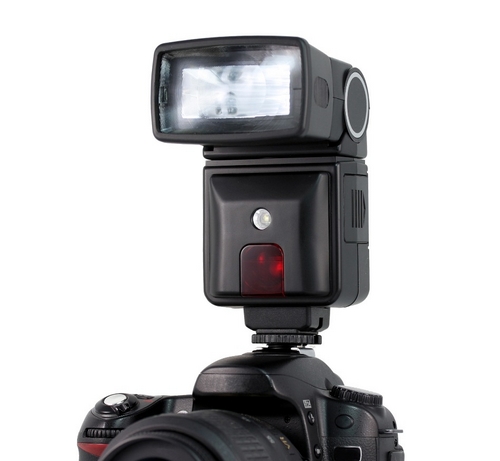 As the stills and video photography realms converge, more LEDs have a flash and more flashes have an LED. Emoblitz have just brought out two of the latter. The D300V and D728V are two cheap and cheerful speedlights with continuous LEDs built in to the body for use as supplementary video lights or modelling lamps.

The higher-end of the two is the Emoblitz D728V, a TTL flashgun available in dedicated models for Nikon, Canon, Sony and Olympus/Panasonic. It has a manual zoom head (really manual: you have to push and pull it by hand) that tilts and swivels, with a metric guide number of 28. The recycle time at full power is four seconds.

Sounds low-rent, but in low light it could be just the job: an AF-assist lamp comes on automatically in dim environments and the aforementioned LED (75 lux) can run continuously for three hours.

The Emoblitz D300V has an even more spartan set of features. It lacks TTL metering or manual adjustment, functioning only with its own built-in light sensor or locked to full power. The metric guide number is 30, which gives you 15 metres of range while shooting at an aperture of f/2 and Iso 100. Not the dimmest flashgun out there, so long as you do not mind waiting a lengthy seven seconds between each frame. 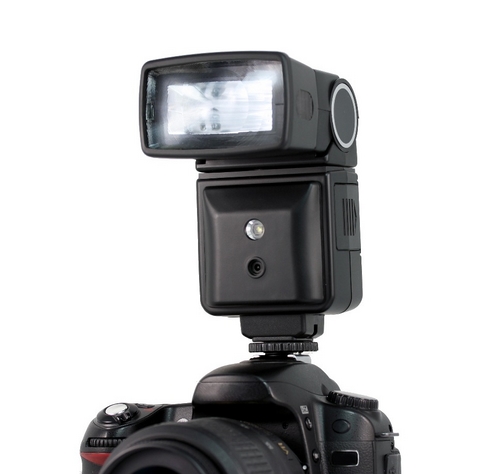 Despite its German-sounding name, Emoblitz products are mainly distributed in Asia. For more information and a list of dealers, visit the official web site.