At the 2013 Consumer Electronics Show in Las Vegas, Pentax exhibited a prototype of the AF 360 FGZ II, the presumed replacement to the current AF 360 FGZ, a mid-range P-TTL flashgun. Unfortunately we do not know any specifications at this stage. 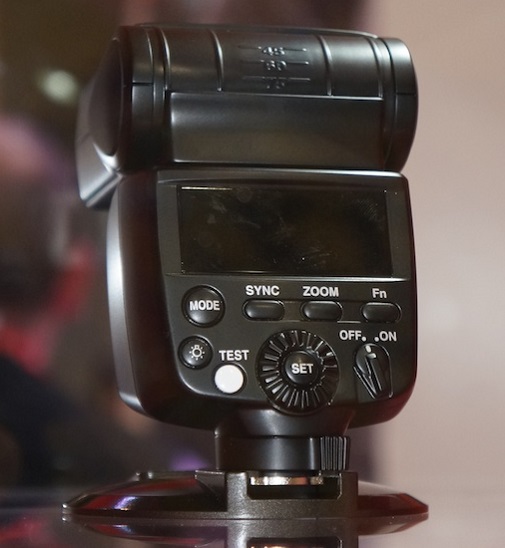 Pentax â€” who are now owned by Ricoh â€” also announced a premium compact camera called the MX-1 at CES. It has a small pop-up flash but no hotshoe, so it will not be possible to use it directly with the AF 360 FGZ II when it does arrive. Early press releases suggest that the built-in flash will be for fill light only and has no advanced wireless capabilities.