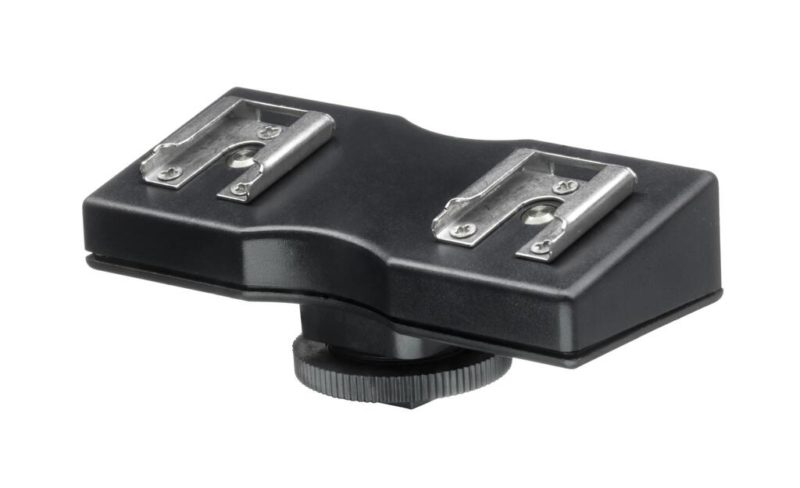 ‘Tis the season for sharing, so why not let two devices share your camera’s hotshoe? Broncolor certainly thinks this a good idea, and has brought out the 2-in-1 Hot Shoe Adapter, which lets two triggers, or a trigger and a flash, snuggle up together on top of your DSLR. 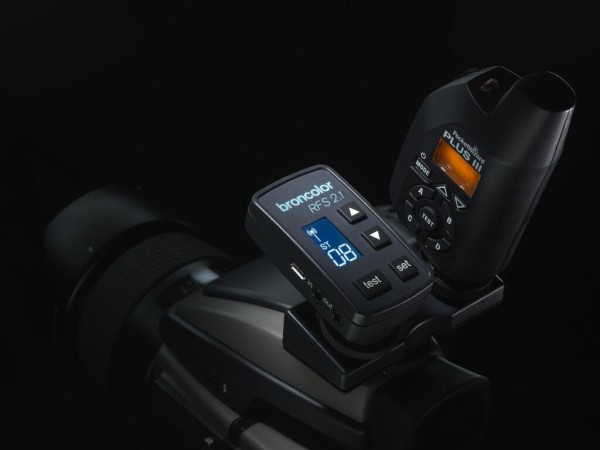 If you’re mixing your lights, the device can be used to trigger two radio systems at the same time, such as the PocketWizard Plus III and Broncolor RFS 2.1 pictured above. However, it is important to note that the 2-in-1 Adapter has no TTL pass-through functionality whatsoever â€” it is just a “dumb”, single-pin adapter which discards any signals beyond “fire now” so you lose TTL flash metering, speedlight wake-up and high-speed sync. 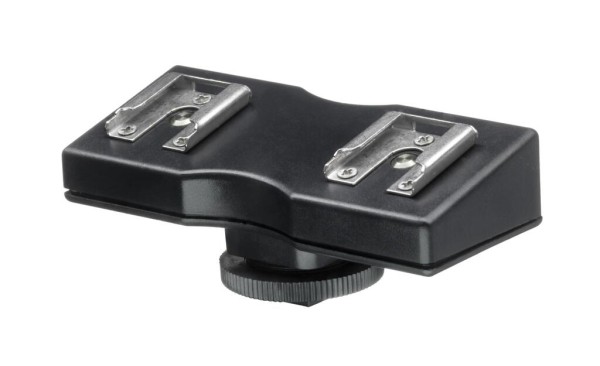 Another application of the Broncolor 2-in-1 Hot Shoe Adapter is to mount a flash gun and a radio transmitter on the camera at the same time (pictured below), letting you trigger off-camera flashes while still having the option of on-camera fill light. Again, you lose anything more advanced than basic triggering, so you won’t be able to put the flash into TTL or Commander modes. 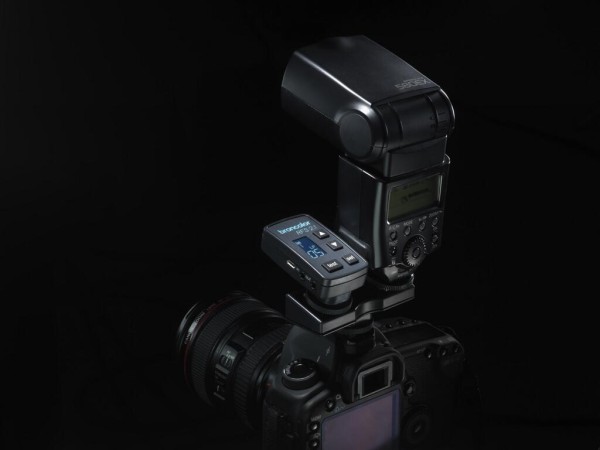 With the advent of radio-enabled flashes like theÂ Phottix Mitros+Â andÂ Canon 600EX-RT,Â as well as TTL pass-through radios (e.g. Strato II, ComTrig T320), some photographers might find this solution a bit out-of-date. Still, it’s a handy interim solution for Broncolor RFS 2.1 users waiting until the company brings out an RFS trigger with a hotshoe on top.

The Broncolor 2-in-1 Hot Shoe Adapter was announced by the British distributor, Hasselblad UK. It costs Â£78 (including VAT) from the company’s online store. Worth it? Share your thoughts in the comments below.