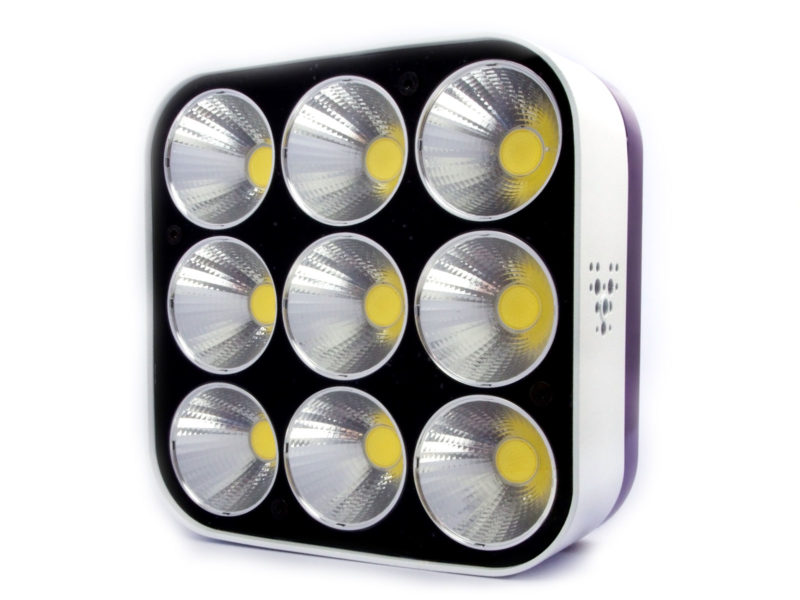 High speed photography is the act of freezing motion by using flash, more specifically fast flash. Unloading the energy accumulated inside a capacitor is not instantaneous. Although the duration can be as short as 1/20,000 second with good modern speedlites, it still can cause motion blur when your subject is moving very quickly. The shorter your flash duration is, the better you can freeze motion in high-speed photography.

A new company from Great Britain wants to improve your high speed photography with a fast flash named the Vela One. This LED flash is capable of shooting firing with a flash duration of only 1/2,000,000 of a second. Fast enough to freeze bullets! To achieve the brightness needed for flash photography, Vela Labs lights up 9 high-powered LEDs at intensity 20 times more than they were initially rated for. The LEDs are not damaged due to the short duration of the flash. 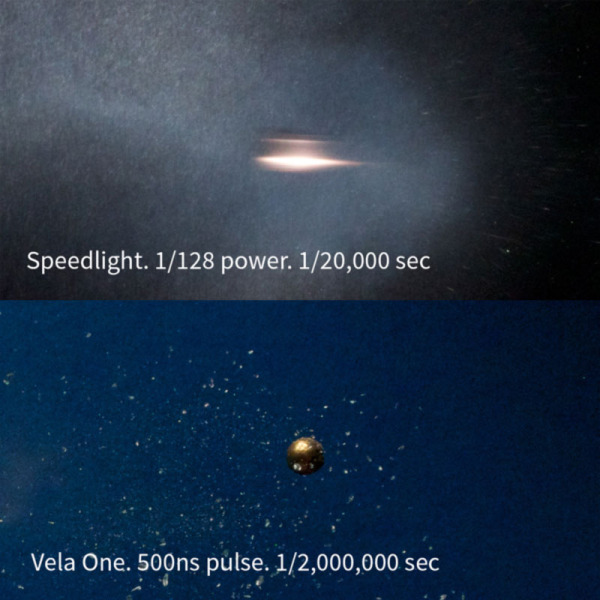 The resulting product looks more like a plastic box in which you would bring your lunch with, but the exterior shouldnâ€™t fool you. Also the fact that it only runs on 4 AA batteries shouldnâ€™t fool you. This is a seriously impressive flash that will make high speed flash photographers drool. 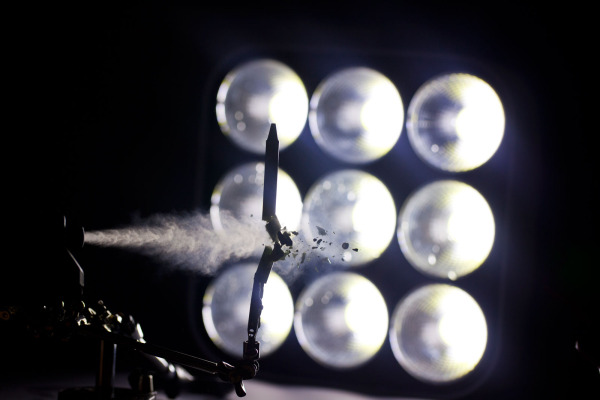 For Â£550 (about $860) you can go to their Kickstarter page and order one for yourself. There are 7 days left to claim your reward as backer of the project. Estimated delivery is Jan 2015.