A while back I was recommended to try out VSCO Film, since it is supposed to be a great, efficient way to process your images. VSCO Film has been around for quite a while, and for those who do not know about the software yet, I will explain it a bit. VSCO has multiple packs of carefully-crafted presets for various photo editing software packages, including Lightroom and Adobe Camera Raw. Sounds actually rather simple. But there are already many presets available on the market â€” why is VSCO special?

VSCO Film differs quite a bit from the competition. These presets are the digital alternative to a lot of popular analogue films. Unlike a lot of ‘vintage’ packs, VSCO really did their research. They compared each film to a digital file and made a preset accordingly. My RAW Nikon D800 files look different from the ones that come from your Canon, thus they also need different presets. By applying a special camera profile which is specifically made for each camera, VSCO manages to get digital film to look like it were analogue, irrespective of whether the RAW file came from a Fuji, Canon or Nikon camera.

Fortunately for LightingRumours, VSCO agreed to provide us some samples so we could test out the workflow with these presets. I have used the Adobe Lightroom version of the presets in combination with Lightroom 5. Editing photos with a single click sounds great, but how does it work in practice? Is it as easy as they say it is? Letâ€™s find out!

After I used these presets, I got some questions: why would someone want to reproduce existing analogue film rather than creating a completely new look? There is an important reason for that: the people at Kodak, Afga and Ilford spend a lot of time to get that emulsion exactly right. The film is made in such a way that the results look great. The way how contrast, colours and grain work together was carefully planned and has been refined over the years. When you look at photos made with film you can directly confirm that: they look good. In a way they feel organic or natural.

One person told me that if I ‘Instagram’ all the photos taken with my expensive camera, why donâ€™t I just shoot actual film and get the real deal? First of all, VSCO cannot be compared to Instagram. Instagram is a destructive method of editing your photos, trying to hide the flaws that are commonly found in a lot of (older) mobile phone cameras. VSCO is more of a method to add a certain mood or feeling to a photo.

Secondly, while I can recommend everybody to shoot film at least once, I will never be able to use it in my daily workflow. The process of shooting, developing and scanning files is very time consuming. Clients have to wait a long time to receive any photos, even if it is just a preview of a shoot. I simply do not have the time for this. With film I will also never be able to shoot several hundred pictures during one shoot or check the results while still shooting.

So the short answer for why I shoot digital and not analogue: it is more convenient. It is not because I am lazy, it is because film just doesn’t work for me.

After setting up the presets with the installer, you will have to restart Lightroom to use them. In order to use a preset on my Nikon camera I need to select a preset from the list of Nikon presets, irrespective of if I am shooting a D90 or D800. Specific colour grading for this camera is achieved by applying a Camera Profile, which is done automatically. Other categories contain the other popular camera brands.

Each preset comes in multiple variations, as can be seen in the image underneath. For the Afga Vista you have many different variations of the same preset, each of which works better in a different situation. In general I favoured the less extreme versions of presets indicated with the minus (-) sign. Variations of presets with multiple plus (++) signs tend have more severely faded blacks â€” something that is not my style.

After applying a specific preset I usually adjust the exposure and contrast a bit. Sometimes I tweak the colour balance, remove grain and add sharpening. In general the presets are quite good with a single click, but in order to get the exact result you desired you will need to tweak it slightly.

Before you will be able to take full advantage of the packs, you need to figure out which presets go well with which situations. To give an example: colours from the Portra preset do not work so well for landscapes. This process of learning takes a little bit of time, but that is not to say it is annoying or not worthwhile.

Over the course of several months I have included the VSCO film packs 1, 2 and 5 in my daily workflow. Below I have included some pictures that I created with VSCO. On the left are the RAW files processed through Lightroom and on the right are the edited files. In general I quite like the workflow with VSCO, since they are presets that apply internally in Lightroom, not by creating a separate Tiff file. It is quick and easy and I really enjoy the results gained with it. 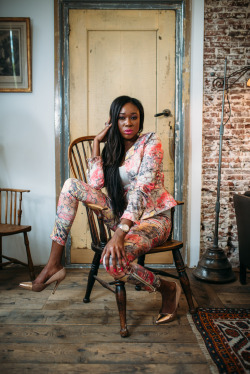 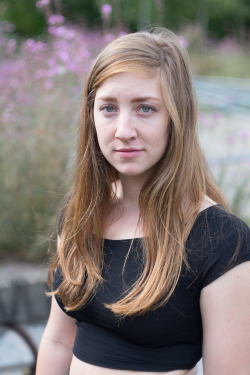 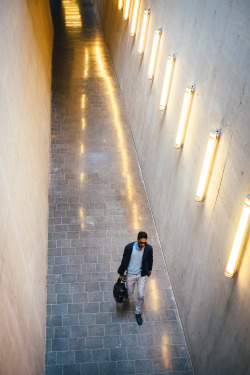 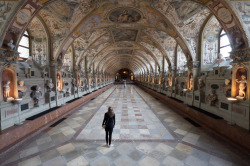 Having good presets for Lightroom is something that is very dear to me. They speed up my workflow and reduce the time I spend behind my computer. In general I prefer to be shooting pictures and not editing them. If presets work well I don’t especially care about the fact that they are based on existing films. That said, it makes sense to reproduce them. The results gained with VSCO or film feel right. Colours are organic and natural.

For $119 the presets are not extremely cheap, especially if you consider that there are five packs. For me they are certainly worth it. I really enjoy the results gained with them and would recommend them to friends for sure. They managed to become an essential part of my workflow.

One thing that I have to mention that annoyed me is the fact that if you shoot with cameras from different brands you will have to select different presets. I once used VSCO to edit pictures that I took with Fuji, Olympus and Nikon cameras and as you might imagine this is not recommended.

The last thing I’d like to say is to compliment VSCO for including some films that are not produced any more. In a way they managed to preserve the character of these films by creating a digital alternative. Future generations will still be able to enjoy the effort that was put into creating these films. They have been eternalized, so to speak. For some films (such as Kodachome) it is already too late, since the manufacturers have discontinued the chemicals used to develop the films.