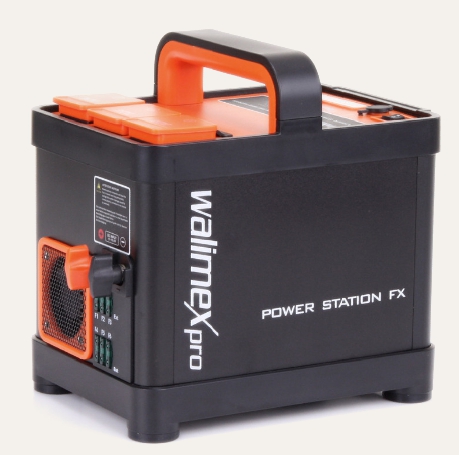 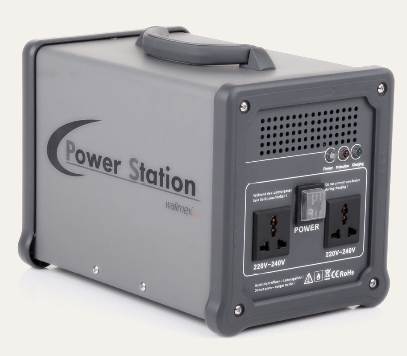 The Walimex Pro Power Station, also known as the Visico Creator CR-3200, is the “marathon runner” of Walimex battery packs. It can support a maximum continuous power draw of 1000 watts from its two 220-240V AC sockets. According to the company, the Power Station can fire 1080, 1050 and 960 full power flashes from a Bowens Gemini 250R, Profoto D1 250 and Elinchrom BX250Ri respectively.

The unit weighs 8 kilograms and charges in 5-6 hours.

Manufactured by Godox, the Power Station FX (sold by other retailers as the Leadpower LP-750) has been called the “Sprinter” among Walimex’s battery packs. It has three output sockets and can support a continuous power draw of up to 750 watts.

One nifty feature is the ability to invert non-proprietary external 12 Volt power sources, allowing you to transform any normal car battery into 230 Volts alternating current for your flashes. An example setup is shown below. 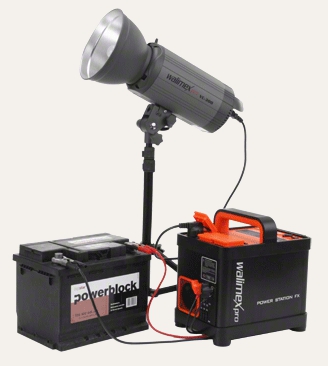 The Walimex Pro Power Station FX kit includes a carrying bag and a charger. Unlike the Power Station, the FX’s battery is removable and available to buy separately for â‚¬189.99. However, each battery provides fewer flashes per charge compared to the original Power Station. Including the battery, the unit weighs 6.5 kilograms. It charges over 4-5 hours.

The Walimex Pro Power Station and Power Station FX are available on eBay, from Foto Walser and from other retailers carrying the Walimex brand. Both models have a recommended retail price of â‚¬649.99 including VAT. For full technical specifications and a compatibility list, visit the Foto Walser web site.