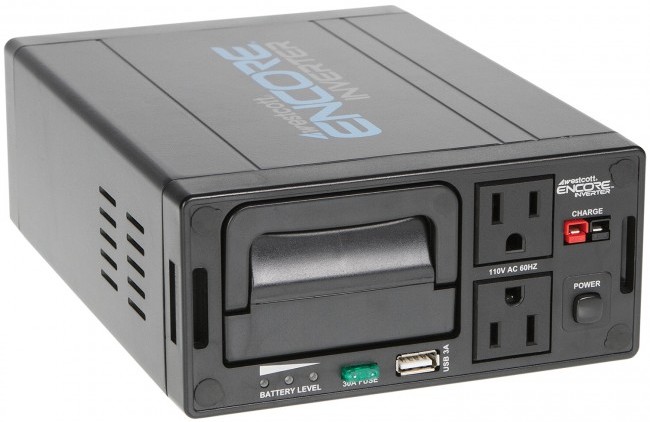 Westcott has announced a new portable power pack called the Encore Inverter. Powered by a lithium ion battery, the Encore produces pure sine wave AC to run your mains-powered studio lights. It has constant 200W output, capable of running continuous lamps like Westcott’s own Skylux LED (for up to an hour), and also works with monolights, claiming 800 full-power flashes from a 300Ws flash head on a single charge.

“This Inverter is the first system of its kind designed to power monoblocks, LEDs, and constant lights onÂ­-the-Â­go,” says Westcott. If you forget about all the other small lithium-ion pure sine wave inverters already on the market, then that might be true. The Encore Inverter looks like a boxier version of the Jinbei Energon EN-350, and has similar specs, though it’s not clear whether both products are made by the same people. 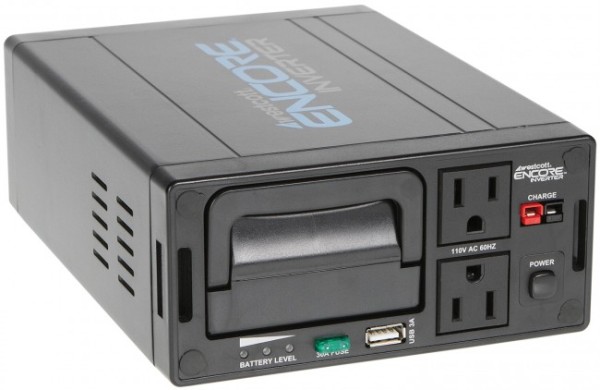 There is a 3-amp USB port to charge your mobile phone, tablet or other devices, and the main battery is user-replaceable, letting you swap in a new one mid-shoot if you don’t have 3.5 hours to wait for the existing one to recharge. The Encore Inverter weighs about 5 lbs (2 kg) and comes with a protective carrying case as well as a strap for extra portability on location. 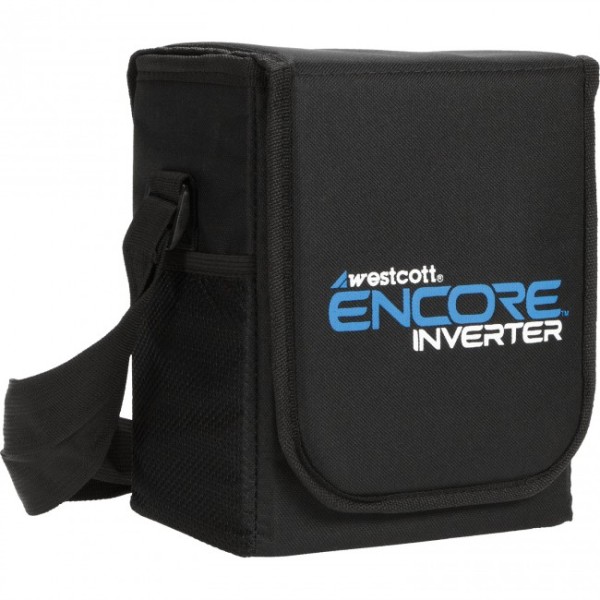 The Westcott Encore Inverter is available to pre-order now for $299.90 from B&H Photo and other dealers. For more information, visit the Westcott product page.