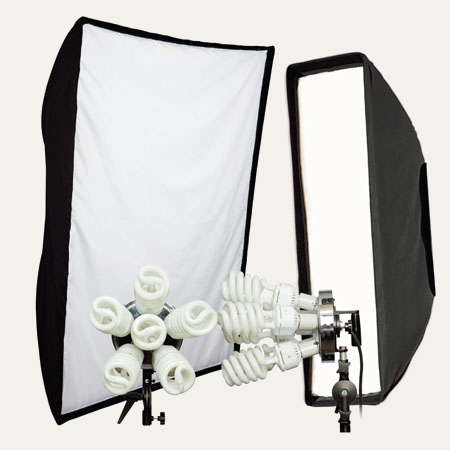 Toledo, Ohio, USA: Westcott have released a new compact fluorescent lighting system called the Spiderlight TD6. ItÂ uses six 50-watt daylight fluorescent lamps which can optionally be swapped for 150-watt tungsten bulbs.Â Using fluorescents, the Spiderlight TD6 has a claimed light output equivalent to a 1200 watt tungsten light source, making it the most powerful system of its type on the market, according to the company.

New additions and improvements include:

The Spiderlight TD6 attaches to light stands via a mounting stud and tilt bracket (included) and has an integral adapter for use with softboxes and other light modifiers.

The recommended retail price for the Spiderlight TD6 is US$419.90 per unit. Visit Westcott’s web site for a list of dealers.