FJ Westcott, the American lighting manufacturer, has introduced a new LED light aimed at photographers and filmmakers. The Westcott Solix is a 60-watt LED panel with a built-in rotating speedring for use with traditional softboxes, stripbanks and octabanks.

Having a speedring on the lamp head itself means you don’t have to worry about mounting compatibility (e.g. Bowens versus Elinchrom fit) at least for more conventional softboxes, though it does mean you can’t attach all kinds of softboxes (such as those with more than eight rods) or smaller studio accessories like snoots and fresnels.

However, the Solix does have an umbrella holder on its tilt bracket, as well as a magnetic front for proprietary accessories like barndoors and a frosted diffusion panel, both of which are included. The umbrella mount means you can use it with brolly boxes like the Westcott Apollo Orb. 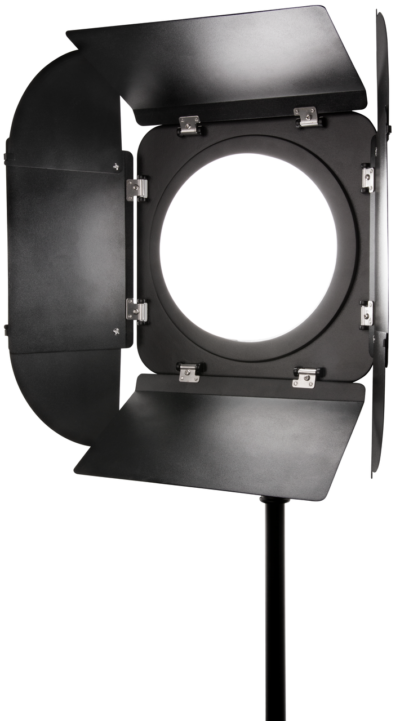 The light is daylight balanced at 5600K, with a beam angle of 120° and a television lighting consistency index (TLCI) of 97+. Brightness is specified as 2100 lux at one metre, with dimming via a dial on the back of the lamp head.

Weighing in at 1.5 kilograms, the Westcott Solix is powered by either AC or DC power (via D-Tap battery) and is available in several different kits with bundled softboxes and other accessories, starting at $449.