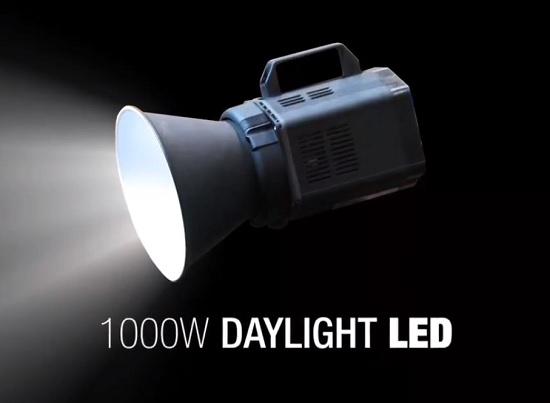 At the PhotoPlus show in New York, Ohio-based FJ Westcott announced a powerful continuous LED light, due to be available early next year. The company say “it’s a new LED studio light with the ability to mount a speedring directly to the head”.Â The lamp, billed to be as powerful as an equivalent 1000W tungsten hot light, will be able to accept softboxes and other light modifiers in the same way your mains-powered flash heads do.

The format will allow the LED to be used for either stills or video photography alongside the other lights in your studio, much like the Bowens-mountÂ Jinbei Sun EF-100 and Aurora 1000S.

The Westcott 1000W Daylight LED â€” which is yet to receive a catchy name â€” is expected to be on sale in February 2013. You can sign up for updates on the manufacturer’s web site.