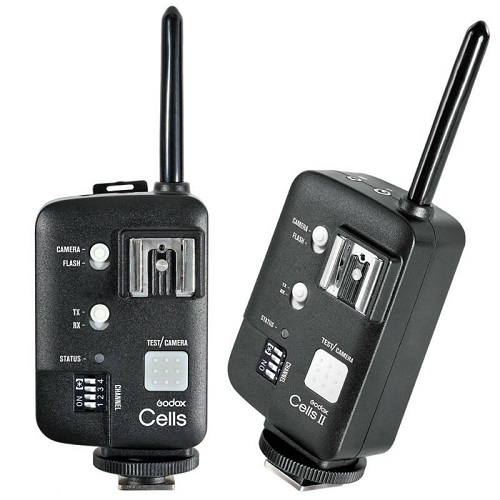 One of the first problems encountered in flash photography is that of maximum sync speed, or X-sync. Modern DSLR cameras mostly use mechanical shutters, which above 1/200â€“1/250 second do not stay open long enough for a flash pulse to illuminate the whole image evenly and instead leave ugly dark bands across the photograph. While some cameras â€” such as point-and-shoots and certain new mirrorless systems â€” use electronic shutters, which do not suffer this limitation, they are in the minority. 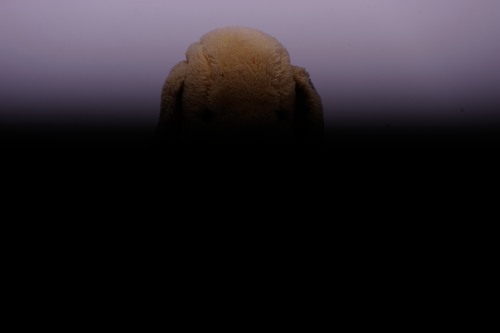 Various solutions have been employed to tackle the problem of sync speed, including Canon and Nikon’s proprietary “high speed sync” systems, branded HSS and FP Sync respectively. These rely on owning a special kind of flashgun that will pulse rapidly â€” emulating continuous light â€” instead of flashing normally, when high shutter speeds are used. However, this is not much use if you want to use any other brand of flash head or a mains-powered studio light.

For universal fast sync we need a special radio trigger that will trick the flash into firing earlier than it would normally do, so that it illuminates the whole photograph. Below are a number of examples on the market.

We were sent a sample of this product to try out its fast syncing capabilities, but our reviewer Eduardo couldn’t get the system to work. However, it appears that we may have got a bad copy or the bugs have been ironed out, because they are now available for sale (see Fotodiox, below). Visit the Fottga/Allacax web site for more information.

One of the first Chinese triggers to offer “ultra sync” capabilities, we have written a full review of the H550 and how it works. This device is unique, as fine-tuning of the triggering delay is literally at your fingertips, thanks to an analogue adjustment dial on the side of the transceiver. The radios are also compatible with the more basic G430 flash trigger.

Commlite H550 transceivers cost about $40 each on eBay. 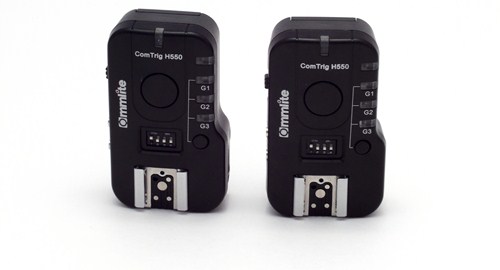 The Leopard is a battery-powered location flash head with a built-in proprietary trigger that claims to be able to synchronise all the way up to 1/8000 second. We have a sample unit at Lighting Rumours HQÂ and it appears that the Nikon version trigger does not have this high speed feature, while the Canon version does but we have not had the chance to test it yet. A full review is in the works. 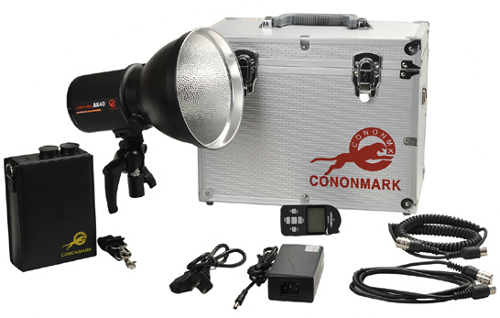 A rebrand of the Fottga Arrow8000 for the North American market. Retails at $69.95 on the Fotodiox web site.

Launched at the same time as the Cells flash trigger, the Cells II is mostly the same but adds ultra fast flash synchronisation for Canon cameras.

In the United Kingdom, the Cells II have been quietly listed by Elemental for Â£199 a kit, but are not yet in stock. They have been seen goingÂ for $111 for two transceiversÂ on eBay.Â Godox’s Alibaba page provides full specs.

Announced to much controversy a few months ago, the Mach 1N promises to “make expensive flashes redundant” and the ability to reduce the effect of ambient light by as much as five stops. The Mach 1N, currently only available for Nikon, is sold direct by LencartaÂ for Â£199.99.

Another name for the Commlite H-550, sold in the UK for Â£22 per transceiver.

The Odin Wireless TTL Trigger is a highly advanced system with comprehensive control for groups of remote speedlights. The fast manual synchronisation is not their most heavily promoted feature and if that is all you are looking for, the Odin is probably overkill unless you also intend to use it to trigger TTL-enabled flashguns. The transmitter can be used to trigger other Phottix triggers, such as the Strato II Multi. 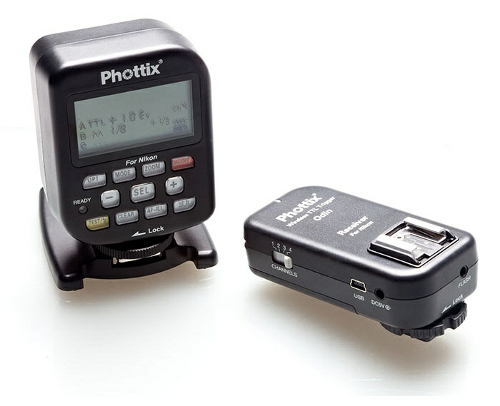 Originally designed as a TTL-supporting flash trigger or “wireless TTL cord” for speedlights, the King system is often compared to the Phottix Odin, but is cheaper and less feature-packed. As with the Odin, the ultra fast sync for manual flashes is a secondary feature to E-TTL/i-TTL support, so not the main reason to opt for this brand. It is also cross-compatible with the manual Opas transceivers. 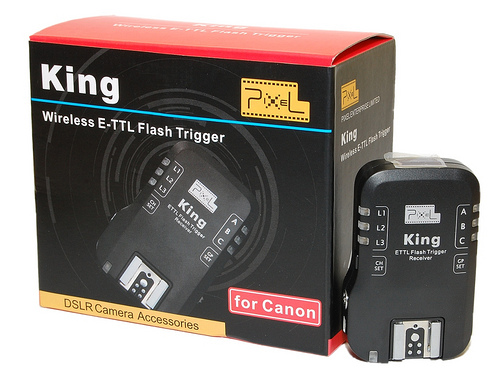 The Opas from Pixel Enterprise is a line of long-range radio transceivers cross-compatible with the TTL-enabled King series. While the Opases for Nikon and Canon are just meant to be high-performance manual triggers, the Opas for Sony actually advertises its ability to synchronise all the way up to 1/8000 second, billed as a “High Speed Sync Transceiver”. So Sony Alpha users cannot always complain about getting a raw deal on third-party accessories!

You can find the Pixel Opas for Sony on eBay for around US$75 per transceiver. A full list of specifications can be found on the Pixel web site. 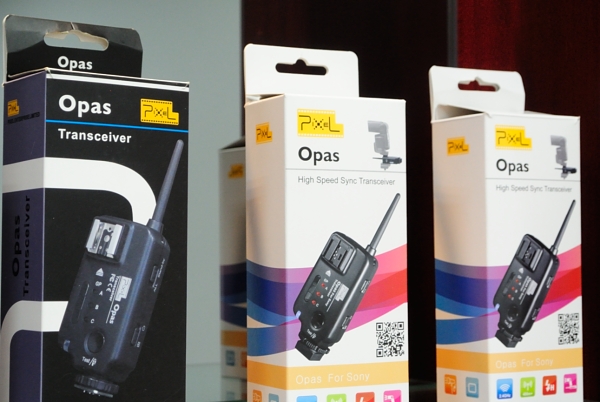 The brand that started it all, PocketWizard’s trademark for their fast triggering technology is HyperSyncÂ®. Using the PocketWizard Utility software it is possible to fine tune and tweak your synchronisation delays until they are exactly perfect for your requirements â€” an advantage over, say, the Pixel King system, which is not customisable.Â However, like with the Phottix Odin, as a manual flash user you are paying for a lot of features you might not be interested in, such as TTL speedlight support. On the other hand, PocketWizard ControlTL has accessories like the PowerST4 and PowerMC2 which will give you control of certain studio flash systems from the camera position.

The Yongnuo YN622C works in a very similar way to the Pixel King but is slightly cheaper, at around $90 for a set. Please refer to our main FAQ article on the YN622C, our hands-on preview or watch out for the upcoming full review. 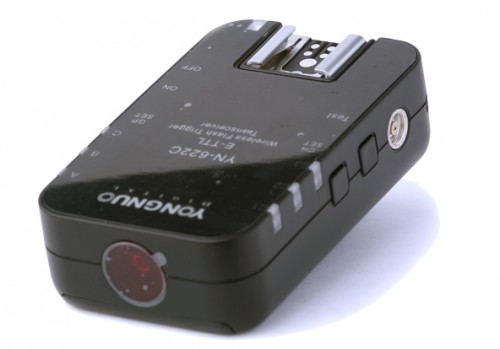 Have you used any of the triggers mentioned? Which solution do you think is the best? Or is it time we all switched to continuous lighting and cameras with electronic shutters? Share your thoughts below.