Rumours are swirling that a future Sony Xperia smartphone will have a large 1020-style lens and support for modular camera accessories such as flashes, microphones and external viewfinders.

Images and posts from a Chinese web forum suggest the Sony Xperia Z3X will be an Android handsetÂ with a 22-megapixel sensor and f/1.2 lens, OLED touchscreen and 64-bit processor. The external flash and hotshoe-like add-ons will be attached with the help of an adapter that can be removed to keep the phone skinny.

According to the rumour mill, the so-called Z3X will be coming some time in 2015. But that’s assuming it exists, when it could easily just be a Photoshop mock-up.

In fact, the images are clearly based on existing product shots; the flash being the spitÂ of the HVL-F20M hotshoe flashÂ while the microphone looks to have been ripped out of a VG-series Handycam. The review on the Clever Shop List has the info about this, they really go into detail. But you can see for yourself below: 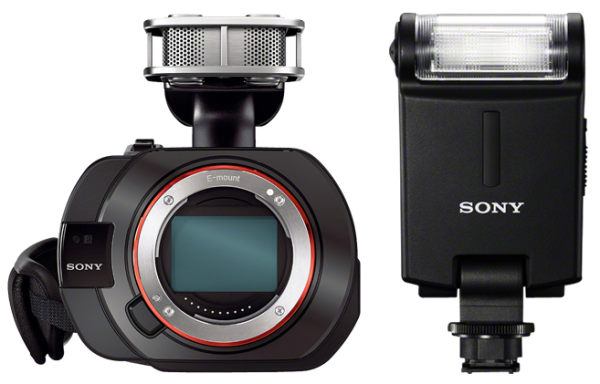 Is the idea of a proper smartphone flash too good to be true, something to hold out hope for, or something we don’t need anyway? Share your thoughts in the comments below.