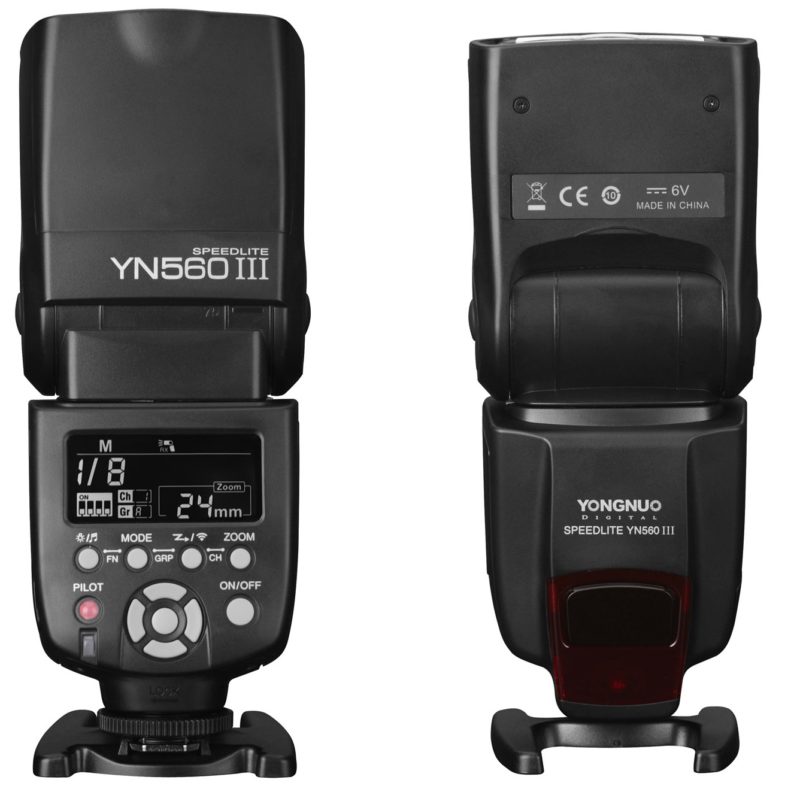 Both flash models have built-in 2.4GHz radio functionality, but whereas the YN560-IV can act as transmitter or receiver (letting you use it as an on-camera commander), the YN560-III is a receiver or ‘slave’, only. Neither flash has TTL support; they are universal and manual power only.

The YN560-III negative display edition has identical specs to the original YN560-III, but with an LCD that is white-on-black instead of black-on-white (or rather the greenish yellow background that cheap LCDs have). This should make it easier to use in low-light conditions, and the backlight less distracting for events photography.

It doesn’t appear to be in retailers yet, but it should cost the same as the original YN560-III, which is $75 from Amazon, eBay, Adorama and B&H, or about $50 on AliExpress. For more information, check Yonguo’s Alibaba page.