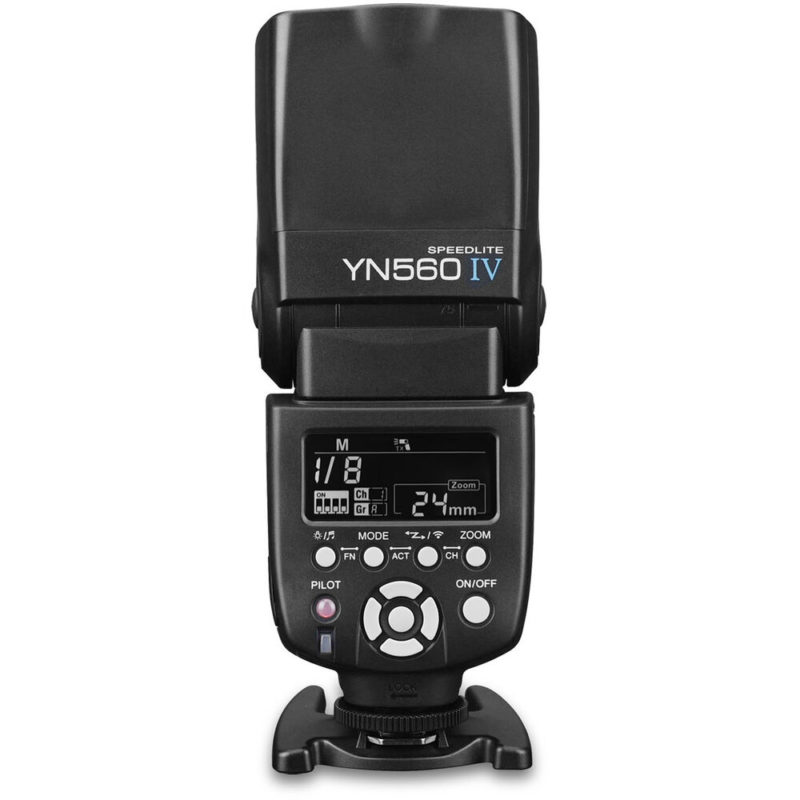 Modern web sites and applications often offer ‘night reading mode’, where light text is displayed on a dark background. In a similar vein, Chinese manufacturer Yongnuo has quietly released a new edition of its YN560IV flashgun with a so-called ‘Negative Display‘.

The original Yongnuo YN560IVâ€”a manual-power AA battery flash with built-in 2.4GHz radio controlâ€”has a traditional LCD screen with an orange backlight that you can toggle on and off. In principle the light-on-dark display should be easier to read in dim environments without being distracting (for instance during a wedding reception) and might also offer better viewing angles. It may even save a bit of battery power compared to leaving an LCD backlight on all the time.

That’s the theory, anyway. Jinbei and Profoto‘s TTL flashes have similar white-on-black display screens, as does the new Godox AD300Pro. But whether it is just a modern fashion or if it is a genuine improvement, feel free to discuss in the comments.

Other aspects of the YN560IV flash appear to be unchanged. It offers manual power control only, with radio control from other Yongnuo flashes and wireless triggers.

The Yongnuo YN560IV Negative Display is available to pre-order now from B&H Photo for US$88, which is around the same price as the original ($85). I haven’t seen it listed anywhere else, yet, so it is not clear if this replaces the old version or if the latter will continue to be sold. Expected availability is next month.

P.S. if you are wondering why Lighting Rumours doesn’t have a dark reading mode, it’s partly because most product images are shot on a white background and so appear borderless on a white page, which I think looks nicer. But the WordPress theme is all open source, so if you fancy having a go at styling it yourself, file a pull request.