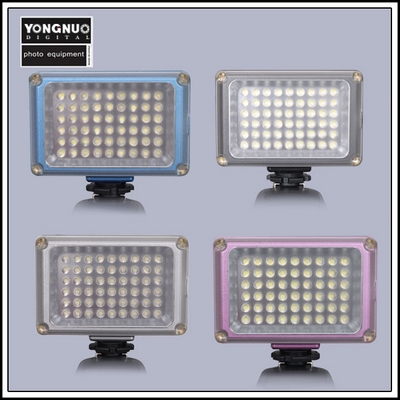 Chinese manufacturer Yongnuo have introduced several new LED lamps, some of them with the ability to “flash” in synchronisation with a still image camera. Let’s have a look at the new models. 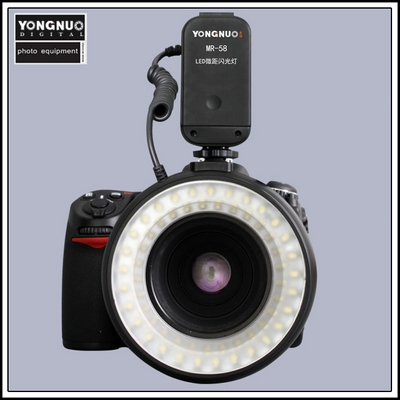 Though made up of LEDs, this macro ring light is actually a flash unit. It synchronises with the camera (up to 1/250 second) via a control unit that sits on the hotshoe. The left and right LEDs can be switched on and off. You can also power the device with an external battery.

Price and availability are not yet known. 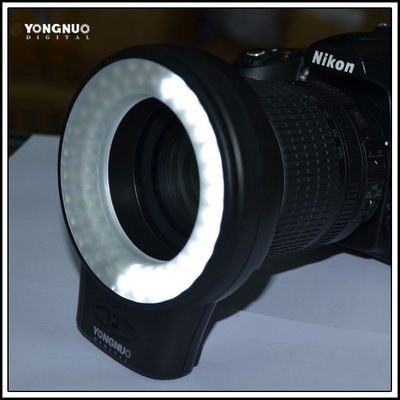 The WJ-60 is also a macro ring light, but is a self-contained unit without the need for an separate battery module. This time the light is continuous, and adjustable down to 1/8 of full power. You don’t just have to mount it on your lens – the WJ-60 will also sit happily on top of a coldshoe. Price? Around US$30-40.

The YN-160S is a large, conventional battery-powered lamp almost identical to the older YN-160, but this newer model has no barn doors on it. It is available for around US$80.00 online. 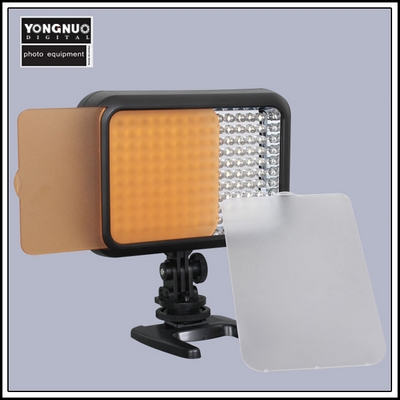 Another standard LED array, the YN-1410 is smaller than the YN-160 series but can still run on Sony-type lithium batteries. Power is dimmable down to 1/16, and there are two filters – one CTO and one for diffusion that slide in front of the diodes.

As far as we can tell, this model has yet to be released.

For when a decent LED array isn’t enough, fashion-conscious lighting enthusiasts can get the YN-0906 LED lamp in an array of colours including pink, blue, silver and black. The light runs on AA batteries and is dimmable down to 1/16 power. An orange colour filter comes with it.

That’s not all, though! There is a bonus “flash mode” which synchronises through the hotshoe of Canon and Nikon cameras. You can download a user manual from the manufacturer’s product page. The price is US$40 per unit, available now.

So what do you think? Could these blinky little devices be any use for real stills photography? Could LED replace Xenon flash?