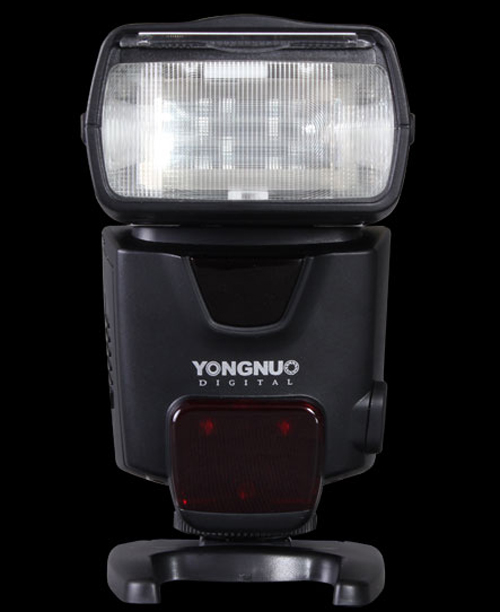 Yongnuo of China have announced a new camera flashgun, the YN500EX. It packs in full manual and TTL control, a slave cell and advanced wireless capabilities with Nikon and Canon optical transmission systems. The flagship feature is high speed sync (a.k.a. HSS or FP Sync), which enables a photographer to use shutter speeds up to 1/8000 second or the camera’s maximum while synchronising cleanly with the flash. Yongnuo’s tagline for the YN500EX is therefore “liberate your shutter speed, liberate your creativity”.

So what is the difference between this new YN500EX and Yongnuo’s first HSS-enabled flash, the YN568EX? Not a lot, to be honest. If you have already seen the YN568EX then the newer model will not really break any new ground for you. The 500EX has a smaller guide number (53 vs 58), some cosmetic changes to the body and a different sync port, using the legacy Prontor-Compur (PC) type rather than the 568EX’s 2.5mm “sub-mini” jack.

The LCD control interface looks the same but the most significant improvement is the buttons underneath, which are now backlit. If you are an events photographer then you will appreciate how helpful this can be, allowing you to see exactly what you are doing in dimly lit environments. On the other hand, if you mostly work in a well-lit studio or outdoors during the day, you won’t care about this. 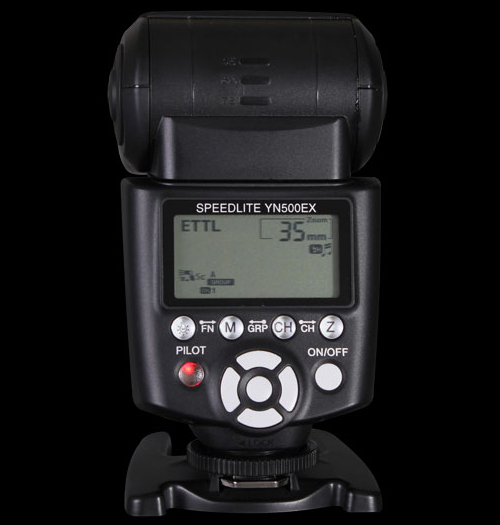 There is still no master/commander mode, so if you are a Nikon user you will have to use your pop-up flash or get a Commander-enabled flash from another manufacturer. E-TTL users have the option of Yongnuo’s ST-E2, their tribute to the original Canon Speedlite Transmitter of the same name.Â If you need fast recycle times or use high voltage battery packs, this is also not the flash you are looking for, since there is no external power input socket. The listed recycle time is three seconds from a new set of AA batteries.

A retail price has not yet been announced but I anticipate it will be about the same as or just above that of the YN568EX, that is, $170-200. When the Yongnuo YN500EX is released (we are not sure when yet) you will be able to get it from the officialÂ Yongnuo store, Eachshot.com and other online dealers.