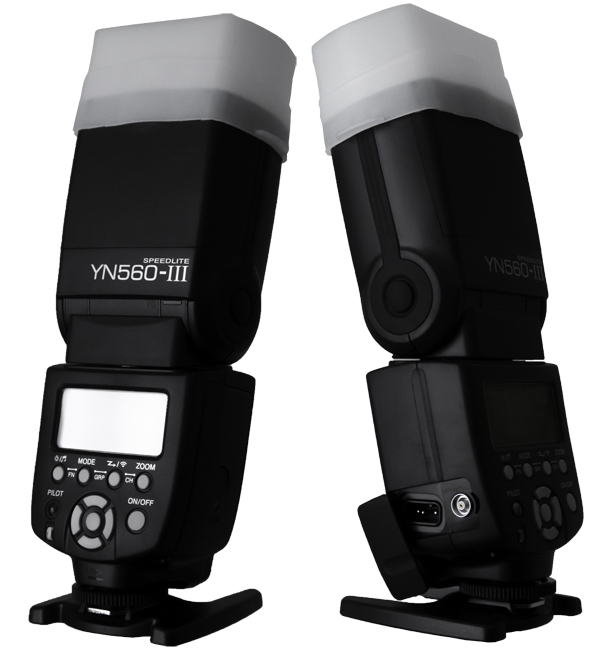 Today we are testing the Yongnuo YN560-III,Â one of the first budget-friendly camera flashes to be released with a radio receiver built into it. 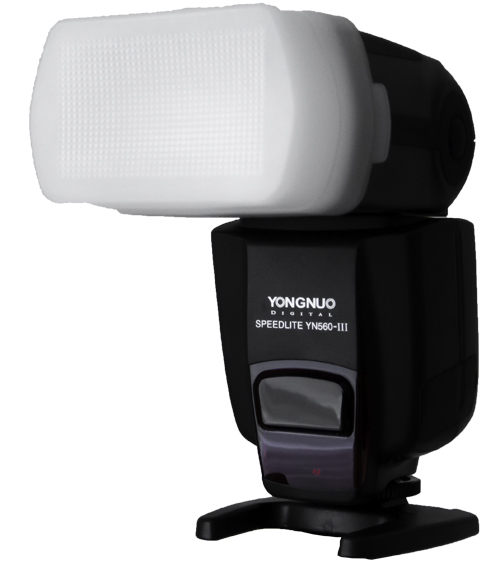 This speedlight is effectively aÂ YN560-IIÂ that can be triggered by a YongnuoÂ RF-602Â orÂ RF-603Â wireless trigger without needing to connect an external receiver.Â Currently if you want the same sort of functionality from any other brand, you’d be looking at the muchÂ Quantum QflashÂ series or theÂ Canon Speedlite 600EX-RT, both of which sit in a much higher price bracket.

The built-in radio is a great benefit, freeing you of cables, Velcro or wobbly receivers. It is nice to think that I only have one self-contained flash unit to worry about keeping securely on top of my light stand (or boom arm).

The Yongnuo YN560-III has a full complement of features for a manual-only flashgun. It has a clear, backlit LCD screen from which you can change all the settings. Sadly there is no remote control of settings, but you’d be paying a lot more to get such capabilities. The recycle time is specified to be four seconds at full power â€” in my testing I measured 3.5â€”4.0 seconds. You can speed this up with an SF-17C or SF-18C battery pack, but I haven’t got one to test.

Being only an AA-powered speedlight, the YN560-III is designed more for convenience than for absolute colour accuracy. That said, shooting a stream of a dozen shots at the same power level and comparing them, I found no significant variation in colour temperature or in light intensity.

You can adjust the output from full power down to 1/128 in 1/3-stop increments. The zoom head goes from 24â€“105mm and there is also a flip-down diffuser panel. There are two optical slave modes (in the event you aren’t using the radio receiver), a PC Sync port and of course the radio triggering mode, which you can adjust to receive either RF-602 or RF-603 signals using the “FN” menu. Changing radio channels is very easy and there is even a helpful visual representation on the LCD showing how you should set the DIP switches on the RF-602/3 transmitter.

The Yongnuo YN560-III also features a stroboscopic “Multi”-flash mode, which you will most likely never use. But it’s nice to have.

The interface is so intuitive that I have been able to write the majority of the review without even glancing at the instruction manual, which is â€” predictably â€” written in broken Chinglish, but quite easy to understand. You’ll need to refer to this for some of the more advanced settings, such as customising how long the flash takes to go to sleep, how long the screen stays backlit, switching the ready beep on and off and adjusting whether power adjustment is in 1/3 or 1/2 stops. You can even toggle how quickly the flashgun turns on Â â€” there is surprisingly aÂ lot you can customise in this device!

On the screen there is a low battery indicator, which is incredibly helpful to have if the flash isn’t firing for some reason and you want to find out why.

The labels suggest that there is a “GRP” (group) function if you press the Mode and Triggering Mode buttons together. In fact, this does not do anything but there is a “Gr” number in the LCD underneath the “Ch” channel indicator. I suspect that this is something that will be unlocked in a future model, such as the YN560-IV, or when a new kind of radio trigger with wireless flash grouping comes out. Perhaps Yongnuo’s next E-TTL enabled flashgun (YN569EX?) will have a radio receiver inside it compatible with their YN-622C triggering system? We can only speculate at this point.

In radio mode, you can choose between M, Multi and “–” settings. I can’t see the point of the latter â€” it just stops the flash from firing, which is not much use when it is only a receiver. But maybe this is a hint at a future version that can act as a transmitter? If you have any idea why you’d want to set the flash to “–” mode while set up as a radio receiver, let me know in the comments. 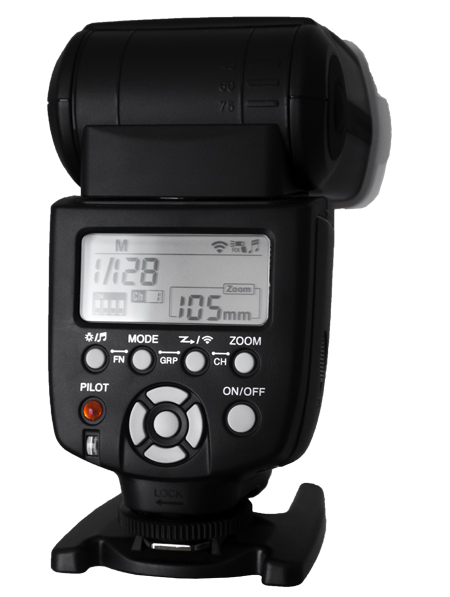 I was sent a Yongnuo RF-603 to test with the flash. It is a “transceiver”, so you can use it as a receiver as well, and latest batches include little cold-shoe clamps in the box so you can mount them to light stands. For this evaluation I was just using the RF-603 as a transmitter, sitting in the hot-shoe of my Nikon D700 DSLR camera.

In the past, I used to use Yongnuo RF-602s as my main flash triggers, but I have since sold those units to my colleague Eduardo. They are pretty similar, but the RF-602TX transmitter takes CR2 batteries and can’t be switched off.Â The RF-603 has a nicely recessed power switch, so it is unlikely to drain the batteries while sitting in your bag. It runs on AAAs, which you can buy at any corner shop. 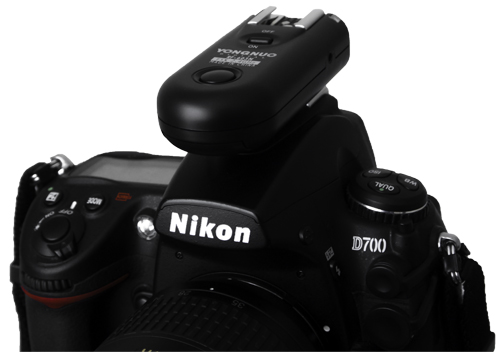 The RF-603 is pretty foolproof but there are some annoyances. There is no locking wheel on the foot, so while it happens to fit snugly into the shoe of my D700, I can imagine there are other cameras out there where it might not stay in so securely. The channel switches are tucked away inside the battery compartment, so you have to open it up and take out the AAAs any time you want to change channels. Also, the Test button does not trigger the YN560-III when you press it â€” instead you have to take a test shot with the camera to see if the YN560-III is synchronised or not.

Other than those niggles, the RF-603 is a good all-round radio trigger. On its own, the RF-603 is so low-profile that you could even leave it on your camera all the time â€” not possible with taller models like the Aputure Trigmaster Plus II or PocketWizard Plus III. It should also be discreet enough not to look out of place on a mirrorless or compact camera. If you wanted, you could put an extra speedlight on top of it for some fill flash, though be careful that it doesn’t slide off your camera. 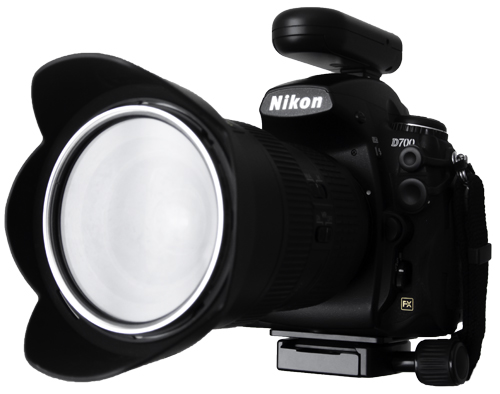 To summarise, the Yongnuo YN560-III is an excellent flash for off-camera lighting. From the moment you pick it up you’ll see that a lot of thought has been put into its design. It looks and feels professional. The built-in radio trigger makes it that much less fiddly to mount on a light stand and could even eliminate separate radio receivers from your gear bag entirely if you invested in an all-YN560-III set-up. The RF-603 is not the most advanced radio trigger in the world but it won’t let you down either: zero misfires at any reasonable distance.

If I were buying my first flash now and interested in the Yongnuo brand, I’d skip the YN560-II and go for the YN560-III with a couple of RF-603s to trigger it. If later on I wanted more power, I could get any brand of studio lights or location lighting system and still trigger it with an RF-603 plugged into the sync port.

Who wouldn’t want the YN560-III? Anybody who can’t live without certain special features, like TTL, high speed sync or remote control of power levels from the camera position. That said, there’s no telling whether Yongnuo will bring out a new transmitter with these features at a later date…

The Yongnuo Speedlite YN560-III is available now. The sample provided in this review was kindly provided by YongnuoStore.com, an unofficial reseller, who currently offer the unit for $86 on their web site.

I was not given any incentive to provide a positive review and I do not receive any commission if you buy from their store.Â Some readers have written in to me to complain about the level of service provided by this retailer, with a handful of customers citing long wait times and incomplete orders. If in doubt, you can buy the YN560-III from your preferred eBay sellerÂ or Yongnuo’s official outlet.

Any questions? Ask them in the comments below. If you’ve used this system before or a competing one, be sure to weigh in with your experiences.