Yongnuo has announced the YN-24EX, a specialised twin-headed light for close-up photography.

The YN-24EX is not Yongnuo’s first flash for close-up photographyâ€”that title goes to the YN-14EX ring flash. But the YN-24EX is more powerful and more versatile. You might want to stick with a ring flash for simple stuff like dentistry and forensics, but creative photographers should appreciate the ability to vary the position of the two flash heads. 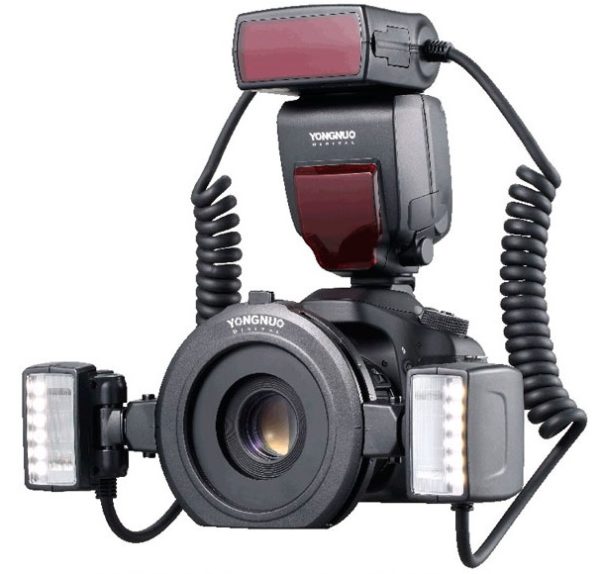 Ratio adjustment lets you adjust the relative brightness of the flashes, with eight power levels (full to 1/128) and 22 levels of fine-tuning. You can also opt to disable either of the heads entirely for single-light setups.

According to the manufacturer, the Yongnuo YN-24EX recycles from a full power flash in 3 seconds with new batteries, or even more quicklyÂ when plugging in an external high-voltage battery pack. Several filter adapters are included: 52mm, 58mm, 62mm and 67mm, for fitting the apparatus to the front of your camera lens. 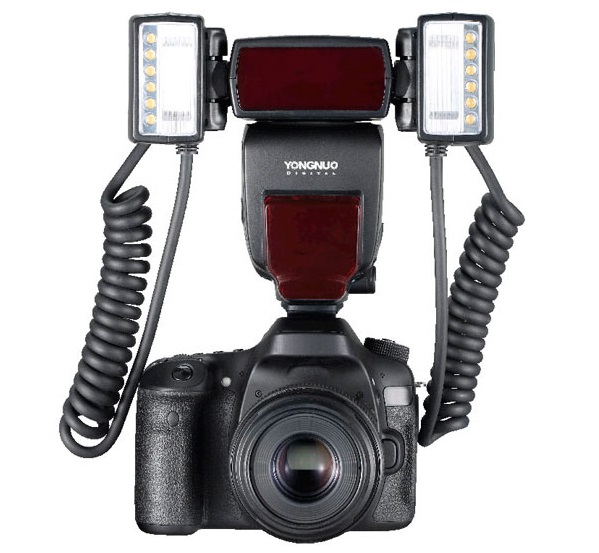 AÂ model name like YN-24EX will draw immediate comparisons to the Canon Twin Lite MT-24EX, though it would be hard to call the Yongnuo version a direct clone: the basic form factor is similar, but executed differently. The LED assistiveÂ lights of the YN-24EX more closely resemble the shape of the flash tubes, giving a better idea of what your final exposure should look like. You can also mount the heads on the power unit, for something approximating a conventional direct-flash look. 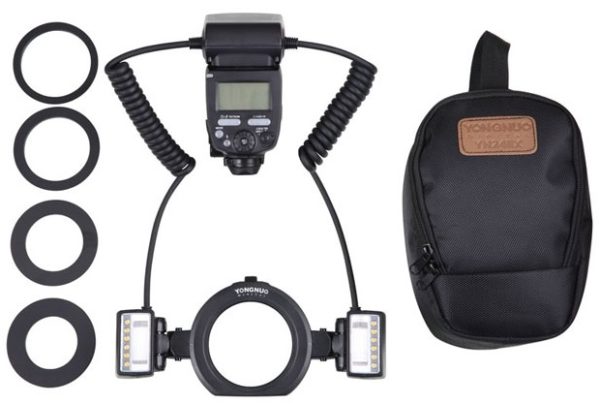 No word on pricing or a release date yet. The Canon MT-24EX retails for $769; we can expect the Yongnuo YN-24EX to be considerably cheaper. Check the manufacturer’s official eBay store for listings.