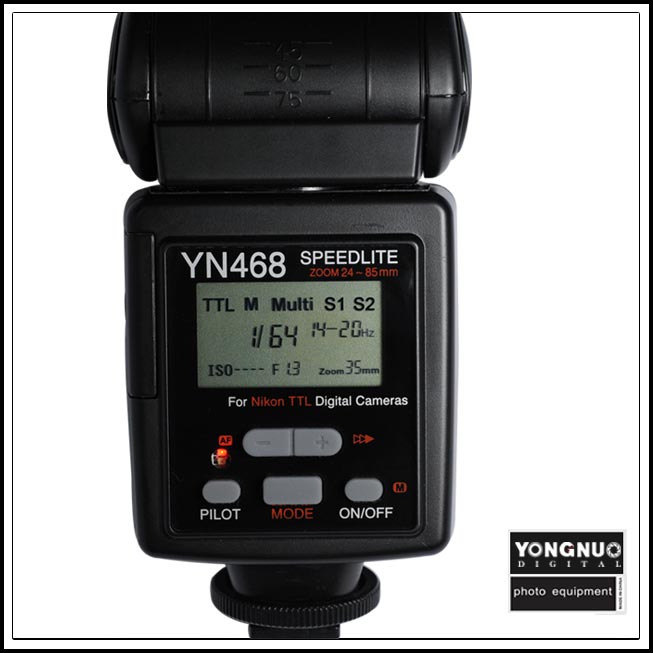 Speedlights.net has spotted a product listing on Yongnuo’s Hong Kong web site for an upcoming TTL speedlight with an LCD screen, called the YN-468:

Read the full article at Speedlights.net.

The Nikon version of the YN-467 has yet to reveal itself, despite earlier official reports it was to come out this month. The YN-468 picture says Nikon.