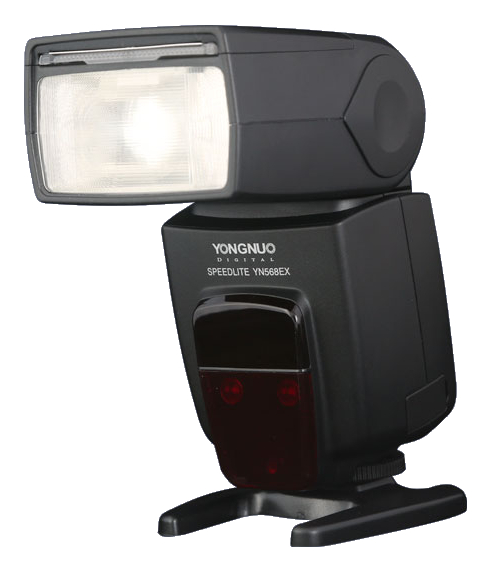 Buying a third-party flashgun from China is a good way to save money, but often it means missing out on features. Until today, no Chinese-branded speedlight has supported “High Speed Sync” (also known as FP Sync or HSS) â€” the rapid pulsing that permits photographers to use flash at shutter speeds over 1/250 second.

The YN-568EX from Yongnuo (a company based in Shenzhen) is the latest product in their Speedlite EX range, following the TTL-enabledÂ YN-565EX and manualÂ YN-560EX. The new YN-568EX has TTL (including wireless slave mode) for Nikon or Canon, manual adjustment, an optical slave mode and a large LCD control panel. It is also the first hotshoe flash from a Chinese company that can synchronise up to 1/8000 second on Nikon or Canon cameras.

High speed sync is not the only difference between the YN-565EX and YN-568EX. The 568 also has a different body shape, new control panel and has a common 2.5mm jack instead of the outdated Prontor/Compur (PC) sync port on the 565.

There are trade-offs too, though: there is nowhere to plug in an external battery pack on the YN-568EX. And while you’re probably going to be paying more for the 568EX over the 565EX, neither unit can “do a Russell Crowe”, acting as Master/Commander for an advanced optical wireless set-up. 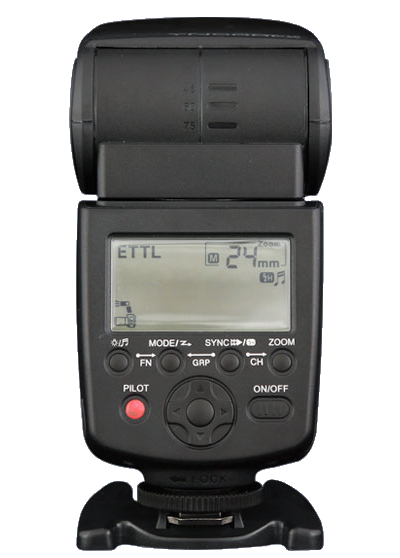 All these model numbers and technical terms can get a bit confusing, so here’s a comparison table of Yongnuo’s EX-series Speedlites to see how they differ in features: 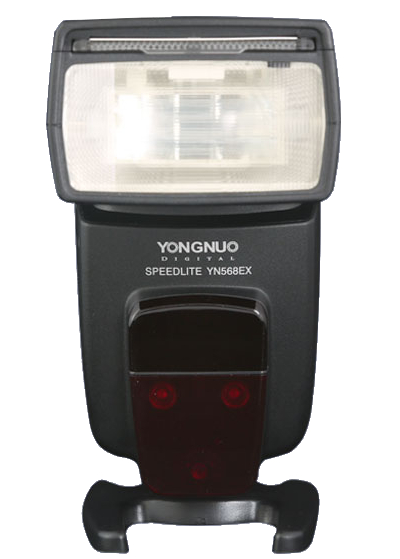 Why buy the YN568EX? Get it if you want a capable system flash with on- and off-camera TTL capabilities and full manual control. With its support for fast shutter speeds, you can pair it with the new Yongnuo YN-622CÂ for a complete radio-controlled off-camera flash system. If you just want a good manual flash and aren’t planning to use it on-camera or with TTL triggers, consider instead the YN560EX or YN560II.

Pricing and availability for the Yongnuo YN-568EX have yet to be announced, but expect to see samples on display at Photokina in September. Upon release, it will be on sale atÂ Yongnuo’s official online store.

Can’t wait? Have a look at existing HSS-enabled flashes from Nissin, Metz and Sigma.