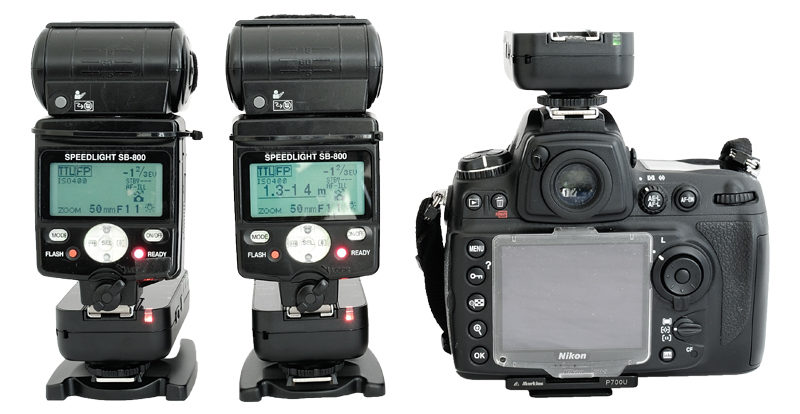 We’ve got our hands on a set of Yongnuo YN622N i-TTL flash triggers, a set of 2.4GHz transceivers that hope to turn your optically-transmitted Nikon Creative Lighting System (CLS) into a radio-based one.

Understanding the ins and outs of every function of this system is no mean feat; indeed, we haven’t got our heads round all of the controls yet. But after playing with these triggers for a few days, here are our first impressions, what works and what doesn’t.

First off, the build quality is pretty decent. The YN-622N’s have a nice, solid feel to them with a good firm response from the buttons but without creaky plastic or gaps between the components â€” more than can be said for the considerably more expensive and feature-averse PocketWizard PlusX. The top surface has a glossy finish that attracts fingerprints but nonetheless presents a premium appearance.

When I first saw the YN-622, I mistakenly thought it might be a copy of the King-series triggers from Pixel Enterprise. While the YN-622C and Kings for Canon have a similar feature set, this is not the case for the respective Nikon i-TTL variants, which we will discover in a moment.

It must be said that the construction of the Yongnuo YN-622N is a bit better than that of the Pixel Kings, in particular the battery compartment. Whereas the King used a battery door little thicker than a playing card, ready to ping off at any moment, the YN-622’s is considerably more secure.

How does the system work? In a nutshell, it replaces the optical/infrared signals in Nikon’s Advanced Wireless Lighting (AWL) system with radio signals. I don’t know the nitty-gritty details of how the low-level programming works, but empirically it appears that the YN-622N’s protocol is more similar to PocketWizard ControlTL than it is to the YN-622C or Pixel Kings for Canon. 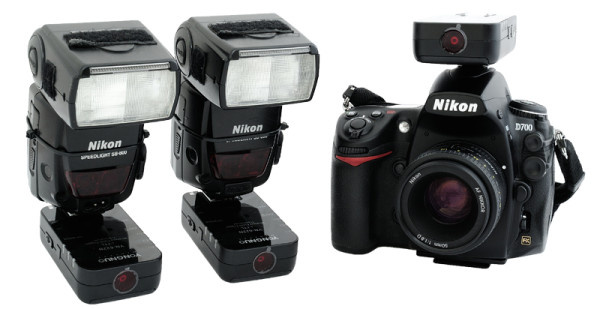 Here’s the clever bit: slide a Commander flash unit on top of the transmitter, put it in master mode and configure an “optical” wireless setup and the YN-622N will intercept the electrical signals, interpret them and send out appropriate instructions to the remote flashes so that they put out the same amount of light as if they had received optical signals from the Commander unit, but they are in fact getting these commands via radio. The advantage being that radio has a longer range and isn’t put off by bright ambient conditions.

You can also program the parameters from the YN-622N transmitter itself, by tapping the buttons on the side and memorising a few different colour codes. It is similar in some ways to the AC3 ZoneController module for PocketWizard ControlTL, but not quite as easy to use. We haven’t quite mastered Yongnuo’s interface well enough to use it without constantly referring to the instruction manual, so we’ll cover the feature properly in a later article. 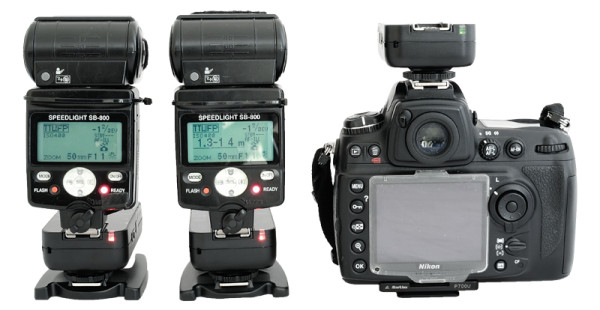 We have been testing out the YN-622Ns with my Nikon D700, Chris’s Nikon D800 and a pair of Monty’s Speedlight SB-800s, the latter of which have definitely seen better days.

Unfortunately we have bad news for SB-800 users â€” you can’t use your beloved flash as a ‘Master’ with the YN-622N system. It just doesn’t work. The user manual says as much, by omitting it from the list of Commander-capable flashes, but doesn’t say explicitly that it doesn’t work. But we’ve tried it, and sure enough: it doesn’t. This is probably because the trusty SB-800 was released all the way back in 2003 and discontinued in 2008. The firmware is just too old and there is no way of updating it.

You can still use the setup pictured above, which will give you basic wireless i-TTL straight away. Once you get to grips with “remote control mode” then you’ll also be able to try out more advanced stuff like setting manual power levels or TTL flash exposure compensation directly from the YN-622N transmitter. See page 10â€“11 of the instruction book. We’ll explore this in a separate article. 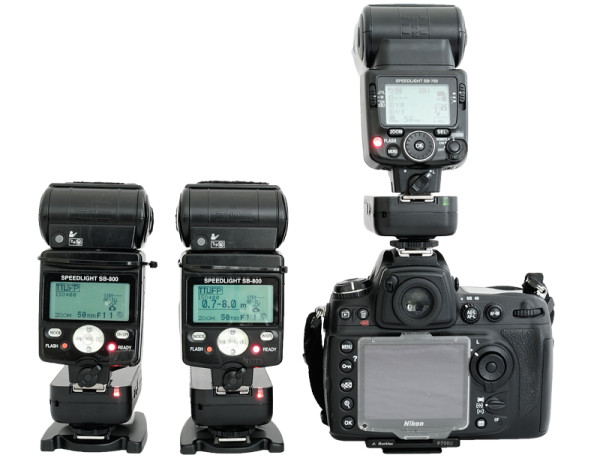 So, the SB-800 may not be master and commander, but the SB-700, SB-900 and SB-910 should be able to do the job just fine. I don’t have access to an SU-800 Wireless Speedlight Commander, butÂ Lighting RumoursÂ reader Pireze has helpfully provided someÂ feedbackÂ saying that it works. We’ve been trying out the SB-700 as an on-camera control unit (see picture above) and it seems to be working smashingly well, with a few exceptions.

In “TTL” mode, we haven’t found any issues yet. It seems to work just like you’d expect it would do with optical CLS. And with neat, shiny slide-in transceivers the whole setup looks a darn sight more elegant than the unwieldy RadioPopper or Aokatec AK-TTLÂ infrared relay solutions. Using the LED indicators on the YN-622N transceivers, you set the respective group of each remote flash and this is recognised in the menu of your commander unit. So, for example, group “A” on the receiver LEDs is the same as group “A” in Nikon’s master controls. The remote flashes must be set in “TTL” mode,Â not “Remote” mode.

Here’s a shot I took of fellow photographerÂ Chris RubeyÂ with the master SB-700 on-camera bouncing off the wall to the right and two SB-800s behind him on either side. If I recall correctly, the master flash had no flash exposure compensation and the two rim lights were set to -2.0EV.

The following shot was by Chris of me. Mostly the same setup, but this time the master flash is bouncing off the ceiling rather than the wall, so the light in my face is a bit more symmetrical. Also, Chris likes stronger rim lighting so he set each of the remote groups to 0.0EV.

Outdoors or in a larger room you could get a similar lighting effect with a softbox or beauty dish boomed overhead. We went for the bounce setup to see if an events photographer (both of us have experience in club photography) could use the YN-622Ns to build a look using a TTL bounce flash with off-camera accent lighting.

We didn’t have any problems with dodgy TTL exposures as a result of using the triggers. It seems that the only limitations are that of normal TTL metering itself, so you just need to keep an eye on basic stuff like increasing exposure compensation for pale subjects and decreasing it for darker ones.

However, from a more mechanical point of view, having an SB-700 and a YN-622N transceiver and a long lens all on one professional DSLR camera eventually turns into quite an unwieldy apparatus. If you’re used to lugging heavy gear then you might not see a problem.

In manual mode, everything works well too. In the image below, the main light was off-camera in an SMDV softbox to the left (power around 1/8), the accent light was a bare SB-800 behind Chris to the right (1/32) and the Commander unit was set to “—” to contribute no light to the exposure. We haven’t tested every single possible combination of settings but so far there have been no problems.

However, try as we might, we couldn’t get the SB-700’s “A:B” ratio mode to work. No matter what kind of parameters we gave it, the flashes would trigger but not put out nearly enough light for a well-illuminated picture. Switch from here to TTL or Manual mode with exactly the same setup and everything goes swimmingly. So I guess ratio mode isn’t supported in the YN-622N’s software. I’m not too fussed, since I never use it, but just something to keep in mind if you do.

So that’s our first “quick” (2000-word) look at the Yongnuo YN-622N i-TTL Wireless Flash Transceivers for Nikon. In later articles we’ll be looking at other things, such as controlling your flashes directly from the transmitter, long-range shooting, FP Sync and “Super Sync” with manual flashes. Stay tuned for that.

The YN-622N is available now, priced around $90 for a basic two-piece set and $45 per additional transceiver. Click here for listings. You can find more technical information and download a copy of the user manual from the manufacturer’s product page. Thanks to YongnuoStore.com, an unofficial reseller, for providing the samples in this review.

Any questions? Send us your feedback and let us know what you’d like to see tested. If you’ve been using these triggers yourself, particularly with different gear, be sure to share your experiences below.