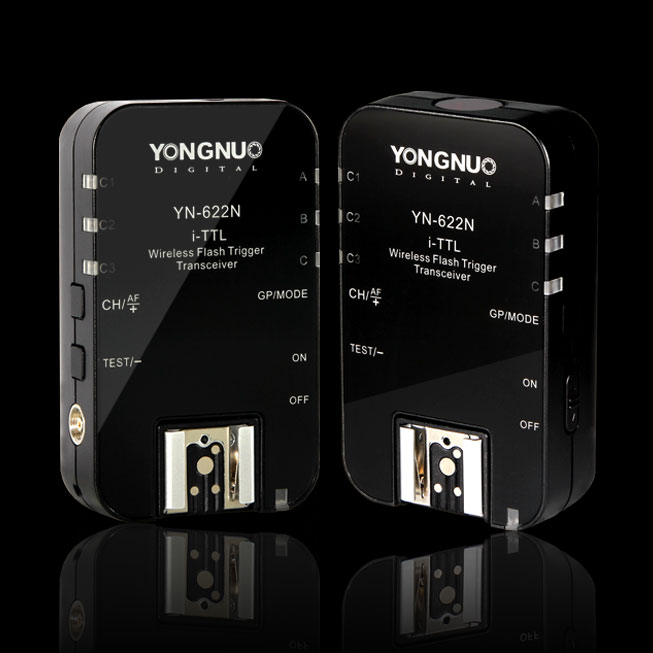 The long-awaited Nikon version of Yongnuo’s TTL flash trigger, the YN-622, isÂ now available to order, eight months after the Canon version was released. The Yongnuo YN-622N is a 2.4GHz wireless system with advanced features, able to control multiple groups of external flash units in i-TTL and manual mode. High-speed synchronisation (FP-Sync) is also supported up to 1/8000 second. 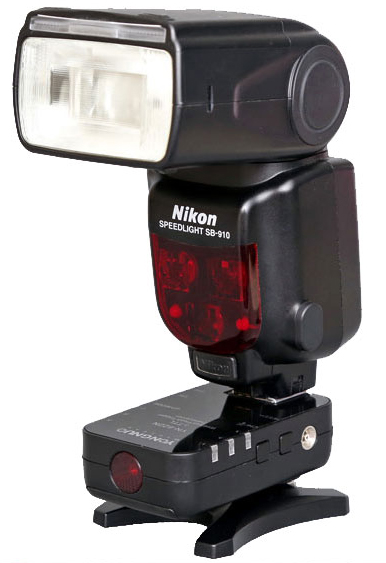 The YN-622N trigger, despite having a similar appearance to the competing Pixel King brand, has much more advanced functionality. Unlike the Kings, which act as little more than “wireless TTL cords”, the Yongnuo system offers direct control of flash exposure compensation (FEC) and manual power levels of flashes in independently-adjustable wireless groups. Flashes in manual mode and i-TTL mode can be mixed and triggered simultaneously.Â When used with basic non-TTL flashes, such as mains-powered studio lights, there is a feature called “Super Sync” that allows the camera to synchronise cleanly up to 1/8000 second.

The YN-622N, in effect, takes the capabilities of Nikon’s own Advanced Wireless Lighting (AWL) system (based on short range optical pre-flashes) and transmits the signals over radio waves for increased operating range and reliability. The concept in some respects resembles that of theÂ PocketWizard ControlTLÂ system. 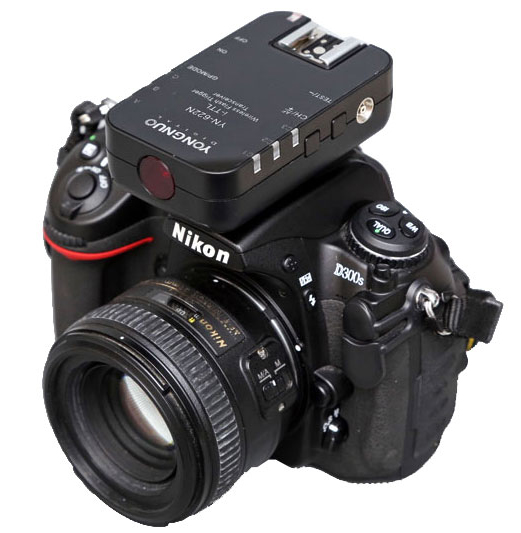 The user can adjust settings directly through the YN-622N transceivers with a sequence of button presses, or they can slide a Commander/master flash unit (SB-700, SB-900, SB-910, SU-800) into the hotshoe, making use of the flash’s own control panel. The master unit behaves just like it would for a regular Nikon CLS setup, but the communication happens over radio instead of infrared signals.Â It should please any Nikon users cheesed off that there is so far no direct equivalent to theÂ Canon RT system, since now a sub-$100 product can turn an existing infrared Nikon CLS setup into a radio-enabled one.

So how much will it set you back? The list price is $94.99 for a kit and $47.99 per individual transceiver. Unofficial reseller YongnuoStore.com is offering 6% off to Lighting Rumours readers using offer code YN622N4LR with their YN-622N purchase before 21 May 2013.Â In response to criticism from some customers over orders arriving late or going missing, a store representative has said:

“Because we sent lots of packages everyday. There will be packet loss inevitably. If the customer who contact us to claim, we will send new package to them.

“We Never cheat our customer.”

The YN-622N is also available on eBay for $95 per twin transceiver set. Hong Kong-based store ThePhotoGadgetÂ has also listed the triggers, but warns: “Please understand that the production is quite low but demand high.” TheÂ manufacturer’s outlet store has not listed them yet.

The system is specified compatible with the following Nikon DSLR cameras:

The following i-TTL flashes can be controlled with the system:

The instruction manual may be downloaded from the manufacturer’s web site.

Are you interested in this product? Let us know what you think. Share your thoughts in the comments below.