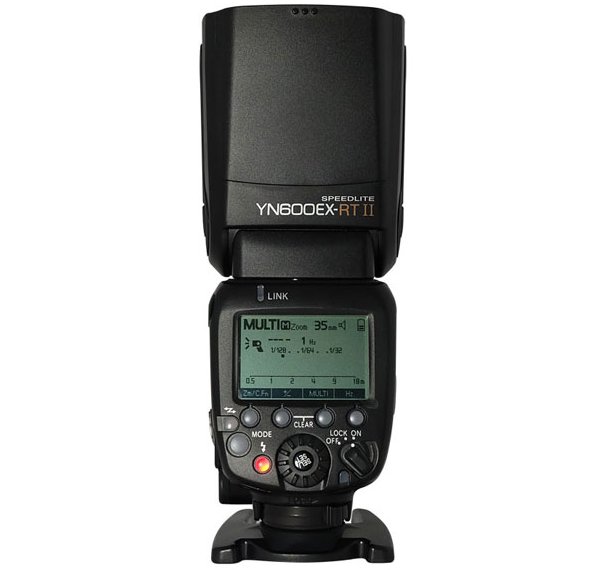 Yongnuo has released its newest flash, the Speedlite YN600EX-RT II.

Like its predecessor, the Yongnuo YN600EX-RT II is a high-end flash unit compatible with Canon’s RT wireless triggering system. That means you can use it as a master or slave in combination with the Canon ST-E3-RT controller and 600EX II-RT and 430EX III-RT Speedlites. Yongnuo also makes several other third-party RT units including the YN-E3-RT.

As well as radio functionality, the YN600EX-RT II works with the optical wireless systems of both Canon and Nikon. This is the main improvement over the original YN600EX-RT, which only offered radio transmission, on-camera TTL and simple optical slave modes.

Both flashes have a guide number of 60, high-speed sync support and a manual power mode. Unlike the new Yongnuo YN968EX-RT, however, the YN600EX-series units do not have built-in LED video lamps.

You can order the Yongnuo YN600EX-RT II now for $118 on eBayÂ or forÂ $115 on Amazon.com. For more product information, visit the manufacturer’s web site.