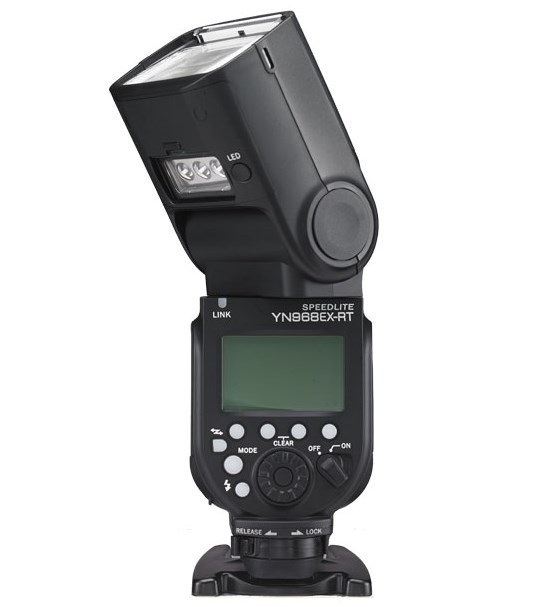 The YN968EX-RT is a master/commander that can control other groups of flashes, with easy adjustment of settings through menus on the rear LCD.

There is an LED light on the side of the flash head, providing a source of continuous lighting for video work. The output is daylight-balanced and an clip-on orange filter is included to match it with incandescent ambient lighting.

According to Yongnuo, the YN968EX-RT has a guide number of 60 (at Iso-100, 105mm) and the unit supports TTL, manual Â and multi (stroboscopic) flash modes, along with high-speed sync up to 1/8000 second. The automatic zoom head provides coverage across 20â€“105mm focal lengths. 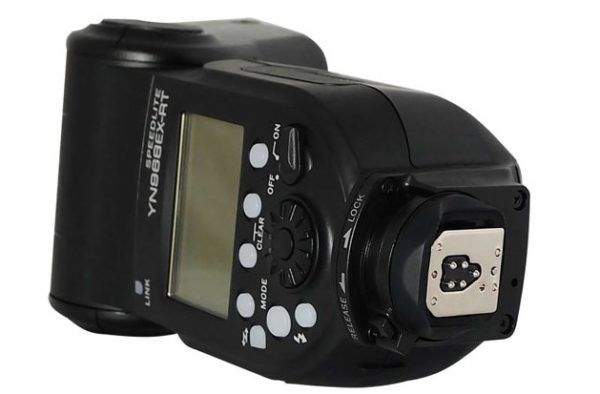 There is a USB port for firmware updates, which users can download from Yongnuo’s web site.

Pricing and a release date have yet to be announced. The YN968EX-RT looks to be Yongnuo’s most feature-packed flash yet, so we can expect it to cost the same or more than the company’s current flagship, the YN600EX-RT â€” that unit goes for $114Â on eBay, from Adorama andÂ B&H Photo. Canon’s own top-of-the-range flash, the 600EX II-RT, is priced at $529.