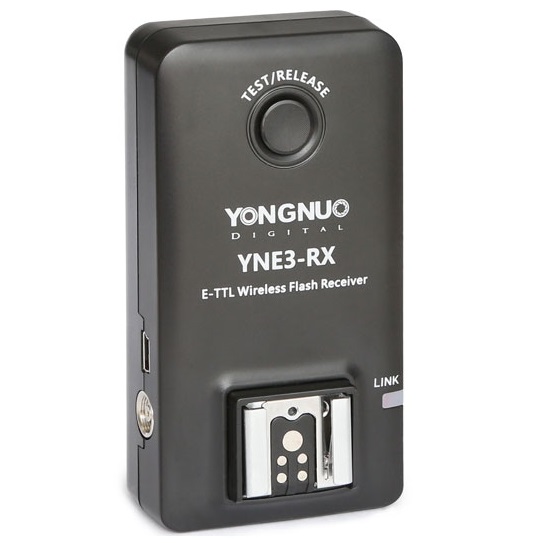 Yongnuo has released photos of their upcoming radio receiver for the Canon RT system. The Yongnuo YNE3-RX is a 2.4GHz module that connects to almost any E-TTL SpeedliteÂ from Canon orÂ Yongnuo, granting it the ability to receive signals from Canon’s proprietary radio transmission (RT) triggering system.

Until now, Canon has only released one flash with radio capabilities: the Speedlite 600EX-RT, and the Speedlite Transmitter ST-E3-RT to trigger it. Some third-partyÂ manufacturers, including Yongnuo, have made their own aftermarket clones of the flashgun and of the transmitter, but if you have a camera bag full of non-radio flashes such as the venerable 580EX II then you were left high and dry.

With the Yongnuo YNE3-RX, you will be able to turn any modern E-TTL flash into an “RT” flash, and thanks to the receiver’s PC sync port you mayÂ be able to trigger studio lights as well. This should make the Canon RT system both more versatile and affordable.

The YNE3-RX has a Canon E-TTL hotshoe for your speedlite, a test button and an indicator LED. It looks like it will run on two AA batteries, like the Yongnuo YN622C. On the rear of the device is a simple LCD control panel that will let you view and changeÂ the channel (1â€“4) and group (Aâ€“C) of your remote flash.

To build a working RT setup, you will need a Canon 600EX-RT, ST-E3-RT or Yongnuo YN600EX-RT or YN-E3-RT as a 2.4GHz commander on your Canon DSLR hotshoe. Then attach your Yongnuo YNE3-RX receiver to a

to get wireless E-TTL control. You should be able to trigger other flashes as well in manual mode. 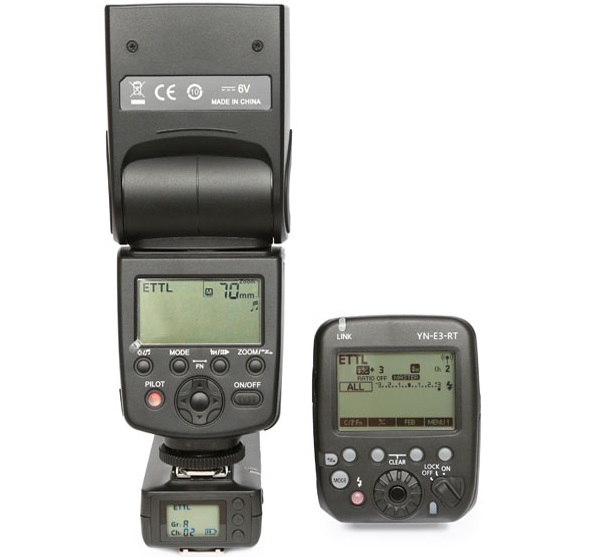 The YNE3-RX features a mini-USB port for firmware updates and a Prontor/Compur (PC) sync output, which should effectively let you addÂ any studio light or non-Canon flash to a Canon RT setup forÂ basic triggering.

There is a metal coldshoe foot with a 1/4-inch tripod thread on the base, which will allow photographers to mount the YNE3-RX on a mini-flash stand, on any hotshoe accessory or on most light stands. 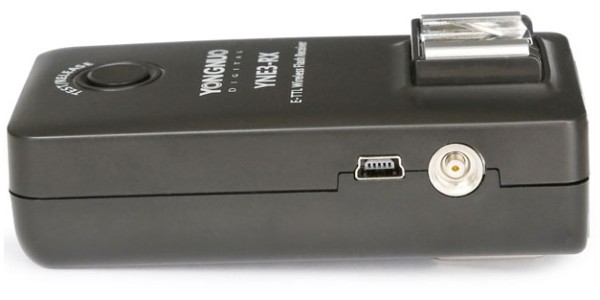 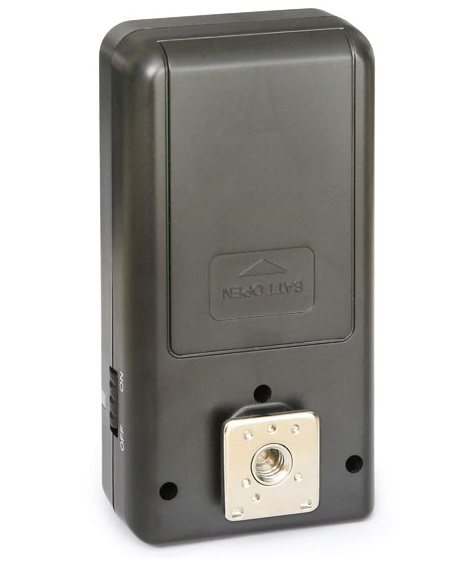 Pricing and an official release date have yet to be announced. The Yongnuo YN600EX-RT radio flash is $150 and the YN-E3-RT trigger is $90, both available from the officialÂ Yongnuo eBay storeÂ and Amazon store.